SHEPHERDSTOWN, WV — Anyone doing research on Shepherd University, tracing genealogy, or just wanting to reminisce can access old catalogs and yearbooks online now that the first phase of digitizing the school’s historic documents is finished. The Scarborough Library has made available catalogs that were published from 1873-2011, and “Cohongoroota” yearbooks that were printed between 1910 and 1983.

Christy Toms, special collections, digital initiatives, and website librarian, said the library is a member of Lyrasis, a nonprofit organization that helps libraries, archives, and museums manage digital content. The Scarborough Society provided funding to have the old catalogs and yearbooks digitized, but they are housed free on servers hosted by Internet Archives, a nonprofit digital library that provides free public access to digitized collections.

Toms said offering the materials online  allows researchers the ability to access the special collections without  coming  to the library when they need information.

“So if we have alumni who live in California who want to look up their old college days, or if we have descendants who want to see what their parents, grandparents, and great grandparents did in college, they can look everything up online themselves,” she said.

Toms said until the 1980s the catalogs contained a treasure trove of information other than what degrees and classes were offered—like a description of every building on campus, the rules for attending Shepherd, lists of students who were enrolled, and those who graduated. The yearbooks were student-run, and Toms said they often had photos and articles that reflect students’ views of the time. That’s also true for Shepherd’s student newspaper, “The Picket.”

“We had one student who was researching World War I and what it was like for students during that time and he primarily used our Pickets,” Toms said. “Because it’s always been a student-run newspaper they were writing about what was happening at the time at Shepherd and what was relevant.”

The first 100 years of “The Picket” is now digitized. The library is organizing and formatting the files so they can be posted on the Internet Archives web site.

Toms said the library is in the process of digitizing the scrapbook for the Little House, a World War II scrapbook created by the Shepherd College librarians in the late 1940s to commemorate the Shepherd College students who fought in the war, commencement programs, student handbooks, and summer school bulletins.

“If you handle them too much you start to lose them,” she said. “Digitizing preserves the original item so it means the copies we have are going to be more preserved because they are going to be less physically handled.”

Toms said digitizing these much-used documents offers another advantage to folks who want to know more about Shepherd, its students, and its history. The PDF version is searchable, which means researchers won’t have to read through entire catalogs, yearbooks, and newspapers to find the information they’re looking for.

Shepherd’s old yearbooks and catalogs are currently available at https://archive.org/details/shepherduniversity. 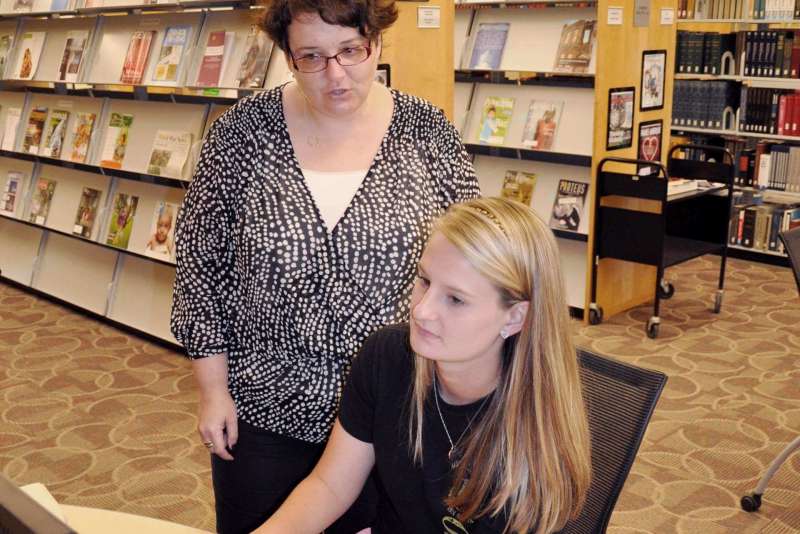 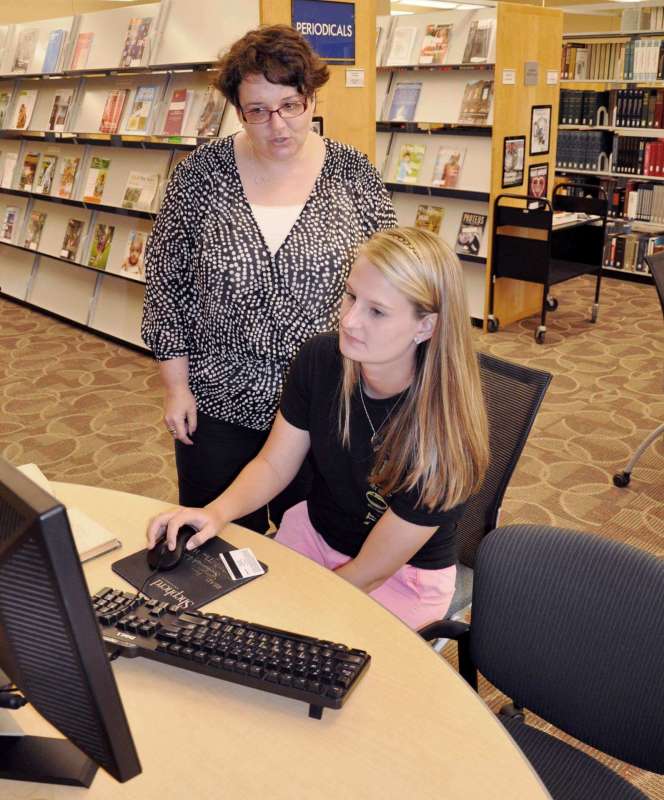