SHEPHERDSTOWN, WV — Shepherd University’s Department of Music Salon Series, sponsored by Jefferson Security Bank, will offer a concert by the Joshua Walker Quartet on Thursday, January 31, at 7:30 p.m. in the Frank Center’s W.H. Shipley Recital Hall. The performance is free and open to the public.

The concert will feature the compositions of award-winning jazz guitarist and Shepherd faculty member Joshua Walker. The music that will be presented is rooted in the tradition of jazz as it has developed over the last century, while also looking forward to new directions in improvised music. Walker will be joined by vibraphonist Chris Barrick, double bassist and Shepherd faculty member Kevin Pace, and drummer Kelton Norris.

An award-winning guitarist and composer, Walker began his musical journey at age 12. In 2011 he won Downbeat Magazine’s annual award for Best Blues, Pop, or Rock Solo by An Instrumentalist at the College Graduate Level. Walker has performed at the Montreal International Jazz Festival, Toronto International Jazz Festival, International Jazz Educators Conference, John F. Kennedy Center for the Performing Arts, and many other music venues. Since 2010, Walker has held the guitar chair in the award-winning Washington, D.C., Bohemian Caverns Jazz Orchestra. Walker appears regularly in groups throughout the mid-Atlantic region.
Barrick is a percussionist, jazz vibraphonist, drummer, and educator with a wide variety of experience in multiple genres of music. As an orchestral percussionist, he has performed with the National Symphony Orchestra, National Philharmonic, Cincinnati Ballet New Works Series, Lexington Philharmonic, and Evansville Philharmonic. He has performed in extended theater productions with the Shakespeare Theatre Company in Washington, D.C. He is currently director of percussion with Maryland Classic Youth Orchestras.
Pace is known for his solid, earthy style of bass playing that can be heard on more than 30 recordings. A founding member of the DC Jazz Composers Collective, Pace has written numerous award-winning compositions for jazz ensembles, orchestras, film, and artist collaborations. He has performed at the John F. Kennedy Center for the Performing Arts, Strathmore, and Smithsonian, as well as jazz clubs all over the East Coast.

Named Best Drummer by the Washington City Paper in 2016—an article that noted his “sharp ears and joyful rhythmic precision”—Norris draws from his experiences as a performer in New Orleans and Chicago, as well as influences from other noted musicians. Norris has appeared at Chicago’s Jazz Showcase and Andy’s Jazz Club, Dizzy’s Club Coca-Cola, Jazz Kitchen in Indianapolis, John F. Kennedy Center for the Performing Arts Millennium Stage, Bohemian Caverns, and Blues Alley.

For more information about this Salon Series concert or other music department events, call 304-876-5555 or visit www.shepherd.edu/music. 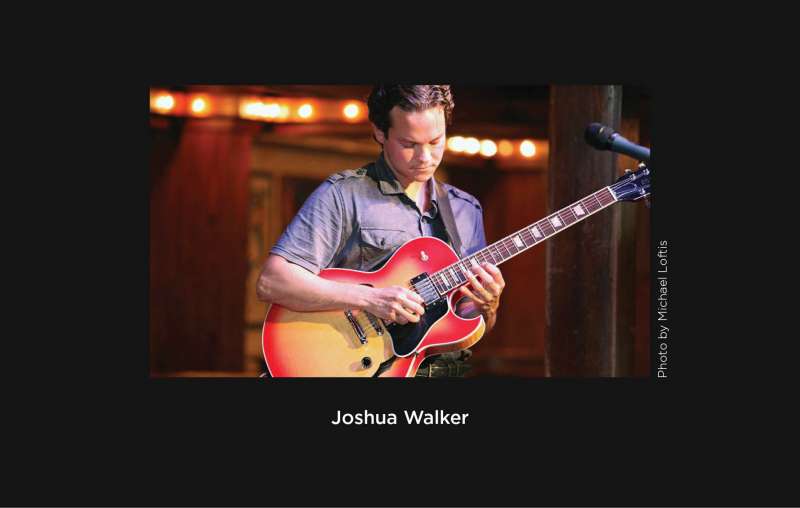