Atlantic Reed Consort is a quintet made up of Jeremy Koch on saxophone, Emily Snyder on oboe, Brooke Emery on clarinet, Eddie Sanders on bassoon, and John Romano on bass clarinet. The group will perform contemporary literature for the reed quintet, exploring 20th- and 21st-century composers like Philip Glass, Ned McGowan, Jessie Montgomery, John Elmquist, and a new work by former Shepherd faculty member Nathan Lincoln-DeCusatis.

Snyder was the principal oboist of the Philadelphia Youth Orchestra and toured with the orchestra in Brazil. In 2008, Snyder was the concerto competition winner with the Newark Symphony and Kennett Symphony orchestras. She has participated in the Boston University Tanglewood Institute, Texas Music Festival, and Banff Music Festival, and has performed in the National Repertory Orchestra.

Emery was a winner of the 1999 CMU Concerto Competition and a soloist at the 2000 Contemporary Clarinet Conference at Bowling Green State University. She has also played frequently with the Saginaw Bay Orchestra and the Midland Symphony Orchestra.

Sanders performs regularly in the Washington, D.C., area and frequently gives master classes throughout the continental United States and Puerto Rico. He has been featured as a bassoon and contrabassoon soloist on national tours.

Romano was a clarinetist and saxophonist with the Air Force Band of the Golden West near San Francisco from 1993-2000. During that time he performed in many area groups including the San Francisco Concerto Orchestra, Berkeley Symphony, and California Wind Orchestra. Since moving to the Washington, D.C., area, Romano has been a featured soloist with the Air Force Band and North Bay Symphony. He has also performed at the Oklahoma Clarinet Symposium and FAME Music Festival in Lawrence, New Jersey. 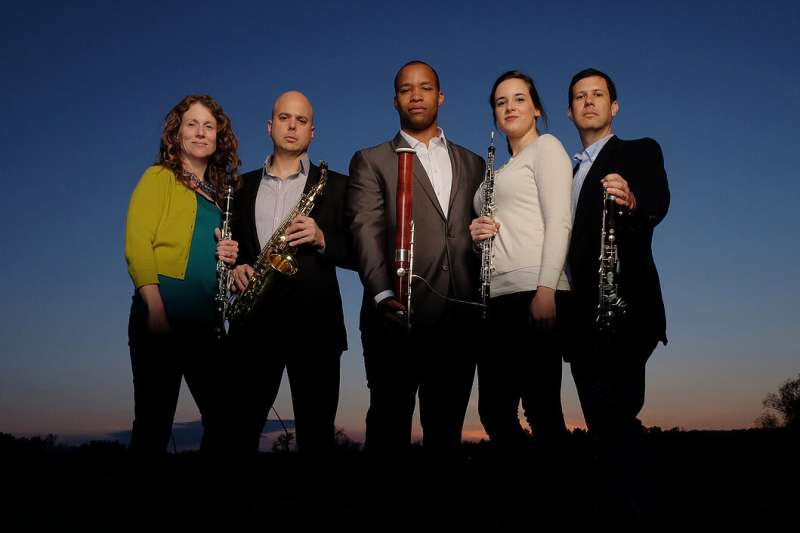