SHEPHERDSTOWN, WV — Shepherd University’s Rude Mechanicals Medieval and Renaissance Players will present “Holy Harlots and Sassy Virgins: Medieval Plays by Hrothsvita.” The performances will take place in Reynolds Hall March 30 and 31 at 7:30 p.m.; April 4 and 5, at 8:30 p.m.; April 6 and 7 at 7:30 p.m.; and April 8 at 3 p.m. Admission is $5 for the general public, free to Shepherd students with a valid Rambler ID, and $2 for Shepherd faculty and staff, and other students.

One of the plays in the performance will be “Thais,” featuring music composed by Dr. Georgiann Toole, associate professor of education, and performed by a chorus of Shepherd students conducted by Tamira Patterson, Westminster, Maryland. 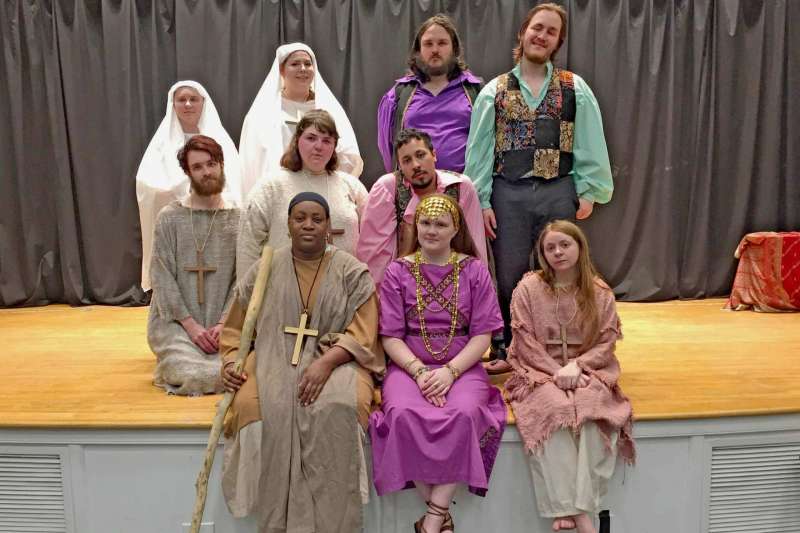