The student-written plays include “Harper and Laurel” by Claudia McCarron, an English major from Charles Town, about a daughter who tries to negotiate an uneasy relationship with her stepmother after the sudden death of her father; “Welcome to the Poetry Club” by Andrea Monsma, an English and communications major from Kearneysville, a comedy in which members of a college poetry club with very different personalities and ideas of poetry share their poems and philosophies of life; and “Charity, Cubes, and Caroline” by Lena Nunez, an English and political science major from Fayetteville, North Carolina, about a mother who tries to rescue her son from a weird cult, with mixed results.

The short medieval play is “Herod and the Slaughter of the Innocents,” the biblical story of Herod and the slaughter of the babies of Bethlehem, set in today’s America and translated from Middle English by Dr. Betty Ellzey, chair of the Department of English and Modern Languages, and alumna Allexandra Benedict.

Admission is $5 general public; $2 other students; and free for Shepherd University students with a valid Rambler ID, faculty, and staff. 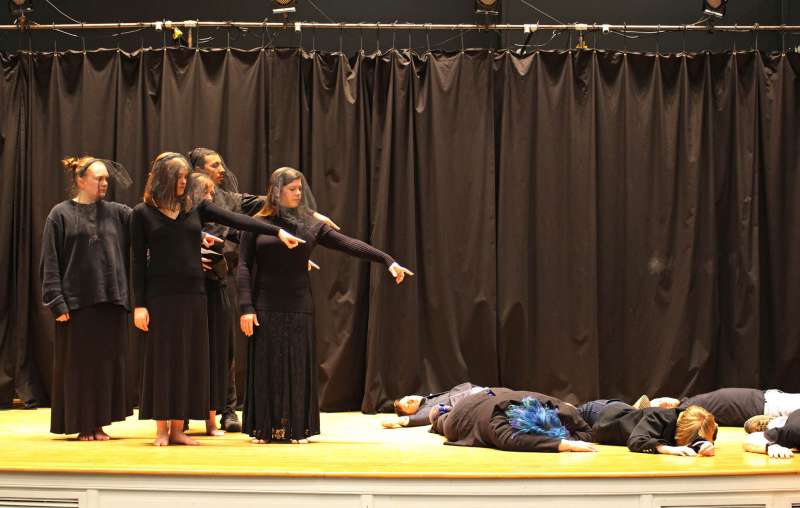