“Sapientia” is one of six plays written by Hrotsvitha, who was a 10th-century German canoness and writer. In the play, Sapientia and her three daughters, Fides, Spes, and Karitas, are Christian missionaries converting pagans in the Roman Empire. The emperor, Hadrian, threatens them with torture and death if they don’t stop spreading Christianity. But they refuse and continue converting Roman women. This is the fifth Hrotsvitha play that Ellzey has directed.

“I like to imagine Hrotsvitha and her sister canonesses and nuns sitting in the audience admiring the devotion and heroism of the female martyrs, but also getting a good laugh at the way in which they undermine the patriarchy,” Ellzey said.

“Because there were very few female writers during that time period, it’s good to be able to produce and see Hrotsvitha’s plays,” Ellzey said.  “They work very well on stage, and they are funny. She really is confronting the patriarchal institutions of her day, and the play reveals what the world was like during her time.”

Ellzey said Hrotsvitha’s plays are not normally produced today, so most of the people in the audience at the Toronto festival, even those who were specialists in early drama, had not seen “Sapientia” performed. Three of the cast members said they appreciated the fact that the audience had a special interest in drama from that era.

LaShawn Tolson ’15, Hagerstown, Maryland, played Antiochus, an advisor to the emperor who is assigned the task of dealing with the stubborn women.

“It was a fun role because I was pretty much the emperor’s right hand but secretly more like the rogue ruler because Hadrian probably would have fallen apart without Antiochus,” Tolson said.

Tolson added that it was exciting to travel to Toronto to perform the play, and she really appreciated how the audience reacted.

“It was nice to be in front of an audience that actually understood and followed the entire thing,” Tolson said. “It was fun to see people taking pictures and recordings and having a good time. The energy of the crowd was great, the energy of the cast was great, and so that made the experience even better.”

The cast also included Catherine Ellzey, Betty Ellzey’s daughter and a former Shepherd student who is now studying acting at Adelphi University in Garden City, New York. She joined cast playing one of the daughters, Spes, a week before the performance in Toronto when another actor had to drop out.

“I saw the play when they did it at Shepherd in the spring,” she said. “A few people here at Shepherd laughed but not as much as they laughed when we did it in Toronto. It was interesting to see a different take on it from an audience perspective.”

Caitlin Shambaugh ’12, of Paw Paw, portrayed one of the torturers in the play and served as the choreographer. She said the dancing involved a lot of ballet-type movement, especially with the daughters “who were meant to be very holy and very above all this pagan nonsense,” she said. “I thought that really added a lot to the performance and made it a little more interesting for our scholarly viewers who were just expecting a straight play.”

The Poculi Ludique Societas (PLS), Toronto’s medieval and renaissance players, began the Festival of Early Drama 50 years ago. The PLS website says the annual event attracts scholars, students, and enthusiasts of medieval and early modern history, and this year’s festival included productions by more than 20 theater groups from around the world.

The Rude Mechanicals theater troupe has offered early drama, including ancient Greek tragedy and renaissance and medieval drama, for nearly 20 years. The group performs at Shepherd three times a year and has traveled to Canada, Denmark, the Netherlands, Florida, California, and Washington, D.C.

Listen to the interview with Dr. Betty Ellzey and cast members HERE. 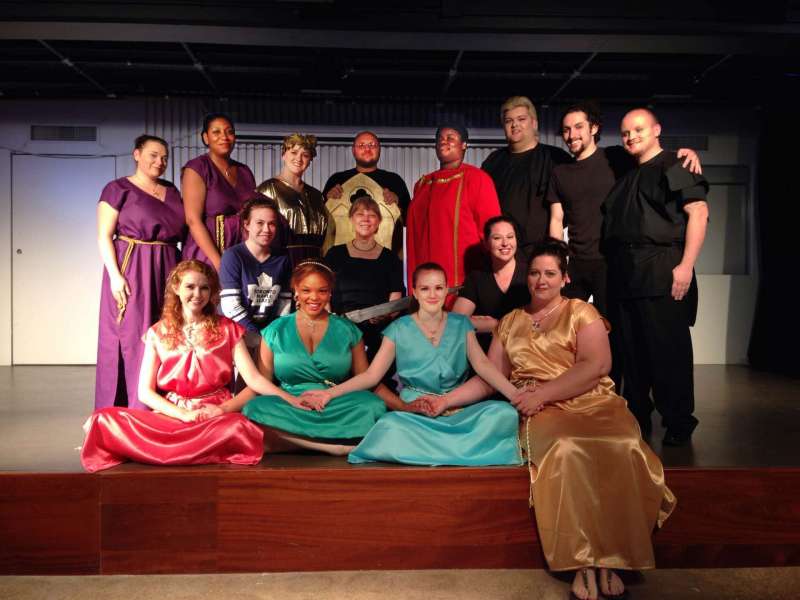 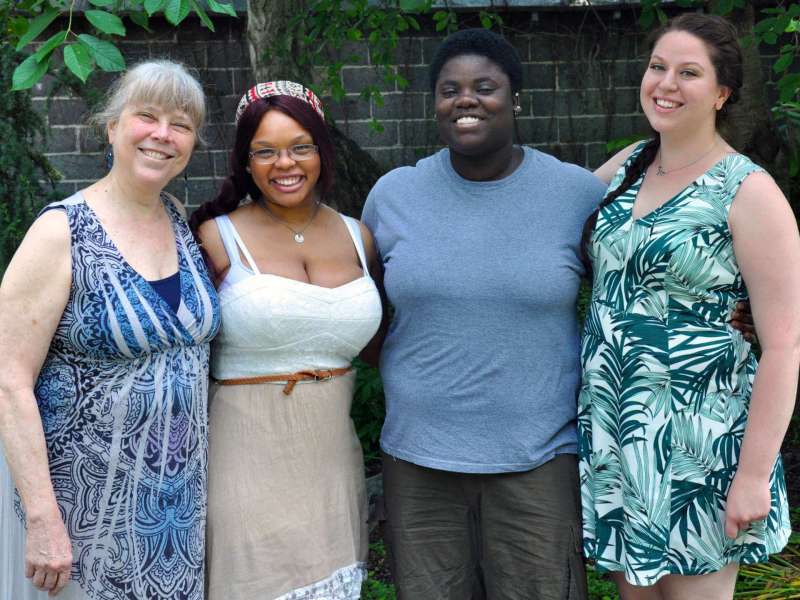