SHEPHERDSTOWN, WV — Thanks to efforts by members of Shepherd University’s Rotaract Club, a family somewhere in the world facing a disaster will have shelter and basic necessities. Shepherd’s club raised $1,000 to purchase a ShelterBox and is teaming up with the Rotaract at Boston University to raise more money to buy another one.

A ShelterBox contains a family-size tent and items such as bedding, kitchen supplies, tools, mosquito netting, and a water purification kit. They are distributed to people living in areas where disaster strikes. ShelterBox began in 2000 after a Rotary member from the United Kingdom recognized the need to bridge the gap between when a disaster happens and when proper shelter becomes available.

Holly Morgan Frye, assistant vice president for student affairs and advisor to Shepherd’s Rotaract Club, said each ShelterBox costs $1,000 and anyone can sponsor one.

“These boxes are purchased, they’re labeled, they’re given a number, and they’re put in storage. When a crisis happens they ship them out,” Frye said. “The cool thing is we get to track where our box is.”

Frye said Shepherd’s Rotaract members collected the money over the past year by working the concession stands at sporting events, volunteering at the Rotary ball, and sponsoring other fundraisers like bake sales. The Shepherdstown Rotary matched what the students raised and presented ShelterBox with a $2,000 donation in early December so the organization was able to buy two boxes.

Shepherd’s Rotaract is working with the Rotaract at Boston University to raise money to buy another ShelterBox. Shepherd students are challenging their counterparts at Boston to see which group can raise $500 the fastest. The winning school will have its name placed first on the box.

“It’s nice to know that we’re doing something for the greater good of other countries in the world,” added club president Cassidy Watson of Berkeley Springs. 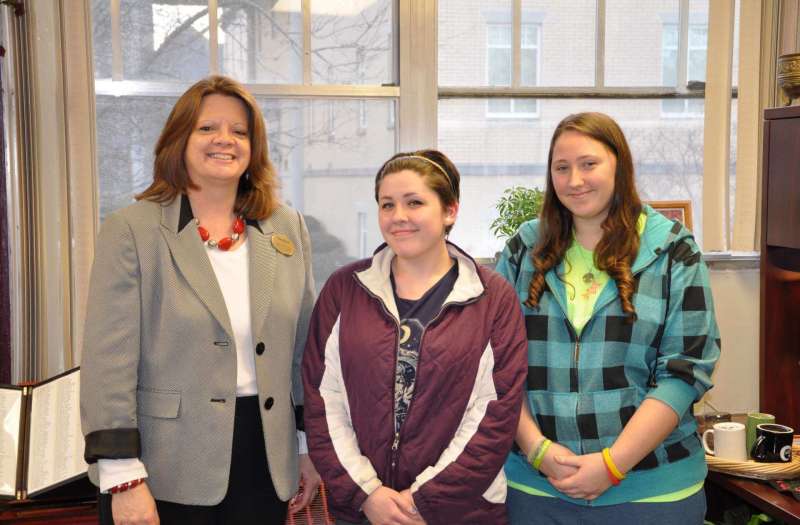