SHEPHERDSTOWN, WV — Both aspiring and experienced writers can learn insider advice on advancing their careers and selling books during Shepherd University’s Manuscript to Marketplace Writers Conference September 6 and 7. The conference cost is $169, with an early bird rate of $139 for those who register by August 1. Proceeds will benefit Shepherd’s Department of English and Modern Languages.

The conference will begin Friday, September 6, at 6 p.m. with registration followed by a reception. It will continue Saturday, September 7, from 7:30 a.m.-6 p.m. There will be four keynote speakers.

The conference will offer panel discussions, workshops, and roundtable discussions that will cover how to write, sell, and market books. Participants from Shepherd will include Dr. Betty Ellzey, chair of the Department of English and Modern Languages; Dr. James Pate, assistant professor of English; and Alan Gibson, adjunct professor of French and Spanish. 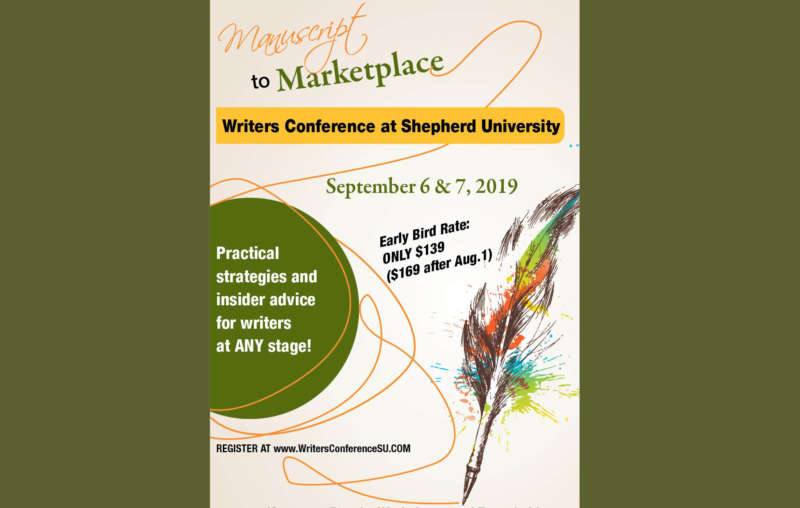