Russell won a Grammy in the category of Best Instrumental Soloist in Classical Music in 2005 for his CD “Aire Latino.” After winning the Grammy, the town of Nigrán, Spain, where Russell resides, awarded him the silver medal of the town.

Martín has written for guitar in various combinations from duos to guitar orchestra, as well as for theater plays and cinema. Since 1991 he has successfully toured Cuba, South America, and Europe, giving concerts and master classes with great acclaim from both critics and the public.

Feasley, an adjunct music professor at Shepherd, has been the recipient of numerous prizes and awards, including a gold medal in the 1987 PanHellenic Guitar Competition in Athens; the 1990 and 1995 Baltimore Chamber Music awards; and a 1996 Governor’s Citation for Outstanding Achievements in the Arts in Maryland.

The registration fee for the festival is $120. It includes admission to all master classes and concerts, one individual lesson with a guest artist/instructor, participation in guitar ensemble rehearsals, and performing in the concert on Monday. The deadline for registering is April 15. For more information, or to register as a festival participant, visit www.shepherd.edu/music/shepherd-international-guitar-festival-2017.

This festival is made possible through the support of Doc’s Tea and Skip Adkins. Festival organizers are offering additional sponsorship opportunities to businesses and individuals. For more information about sponsorships, contact Dr. Rob Tudor, chair of the Department of Music, at rtudor@shepherd.edu or 304-876-5237. 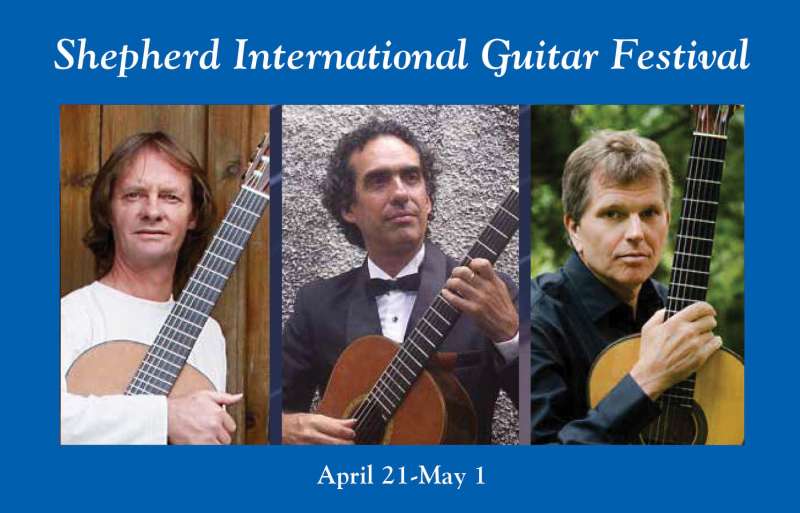