SHEPHERDSTOWN, WV — A junior social work major is the first member of Shepherd University’s Zeta Kappa chapter of Tau Sigma National Honor Society to receive a scholarship from the national organization. Rebekah Hunter of Martinsburg, one of 53 students nationwide who received a scholarship for the 2016-2017 school year, was awarded $500.

“I’m really excited,” Hunter said. “I didn’t expect to win but it was really an honor to get the news that I won the first scholarship at Shepherd.”

Students who received scholarships were evaluated for their involvement in and service to their chapters and their universities, service to their communities, and academic achievement. Tau Sigma was founded in 1999 with a goal of recognizing the academic achievement of students who transfer from other schools. To be eligible, they must have at least one full year of academic credit, be registered as a full-time student in a course of study leading to a bachelor’s degree, and maintain a minimum GPA of 3.5.

Shepherd’s chapter, the first in the state of West Virginia, was chartered in 2014. Hunter transferred from Blue Ridge Community and Technical College in the fall of 2015.

“Rebekah’s involvement with Shepherd’s chapter of Tau Sigma has helped the young club become more active and visible,” said Shannon Holliday, coordinator for students in transition and chapter advisor. “Rebekah’s recognition by this national honor society is to be highly commended and helps Shepherd stand out as an engaging and supportive environment for all students, including those who choose to transfer here from other institutions.”

Hunter said her interest in social work comes from seeing her sister battle cancer when they were younger.

“I want to help out kids who may have some developmental or behavioral issues or help those who are less fortunate,” Hunter said. “I just have a passion for social justice.”

Hunter, who was home schooled throughout middle and high school, was invited to join Tau Sigma in the spring of 2016.

“I was exited to be invited,” she said. “I’d never joined a group like an honor society and I thought it would be a good opportunity to meet other transfer students.”

Hunter hopes to pursue international social work when she graduates.

“A dream of mine is to join the Peace Corps for two years and, through that, decide what I want to do,” she said. “I know I want to work with children in some capacity.” 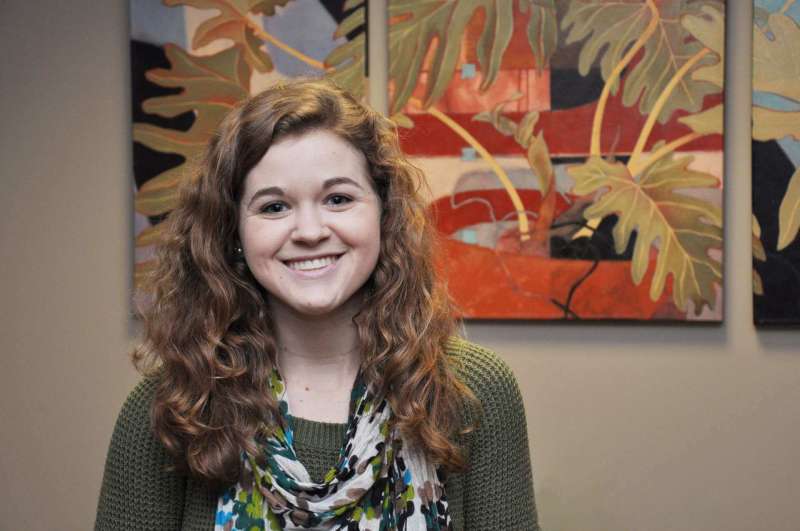