SHEPHERDSTOWN, WV — The Shepherd Ram Band will perform a preview of its 2017 halftime show, “Big Noise from Sheptown!” on Thursday, August 24, at 7:30 p.m. at Ram Stadium. The performance is free and open to the public.

The performance opens with the dynamic jazz samba “The Tiger of San Pedro” and is followed by “Vehicle by Ides of March.” The bluesy power ballad “Feeling Good” by Michael Bublé follows, and the saxophone section is featured in Woody Herman’s swing classic “Four Brothers.” The show closes the with the uptempo swing powerhouse “Big Noise from Winnetka.”

Known for their strong commitment to musical excellence and exciting shows, the Ram Band is in great demand throughout the Mid-Atlantic region. The band is not limited to music majors and is open to all university students.

For more information about the Ram Band, contact Hippensteel at shippens@shepherd.edu. 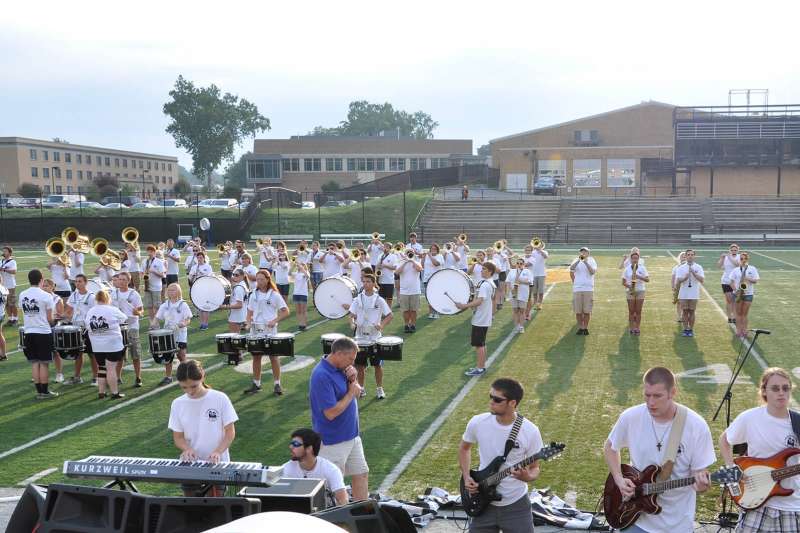