SHEPHERDSTOWN, WV — Shepherd University is one of the 142 best colleges in the Southeast according to The Princeton Review. The education services company lists Shepherd on the Best in the Southeast section of its “2021 Best Colleges: Region by Region” website feature that posted August 18 at https://www.princetonreview.com/bestSEcolleges.

The website feature salutes a total of 655 colleges that The Princeton Review recommends over five regions—Northeast, Southeast, Midwest, West, and International. The colleges that made the “Best in the Southeast” list are located in 12 Southeastern states. The schools in each region are listed in alphabetical order by name and are not ranked.

In its website profile on Shepherd, The Princeton Review and the students surveyed describe the college as being “very much affordable, especially to in-state students, without compromising on opportunity” and commends Shepherd for being “big on community service and community in general, including both within Shepherd and in the surrounding area.”

“We chose Shepherd and the other outstanding institutions on this list primarily for their academics,” said Robert Franek, The Princeton Review’s editor-in-chief. He noted that the company considered data from its survey of administrators at several hundred colleges in each region, information from staff visits to schools over the years, and the opinions of college counselors and advisors whose perspectives the company solicits. “We also consider what students enrolled at the schools reported to us on our student survey about their campus experiences,” Franek added.

The Princeton Review is an education services company known for its tutoring, test-prep, books, and other student resources. Headquartered in New York, New York, it is not affiliated with Princeton University. 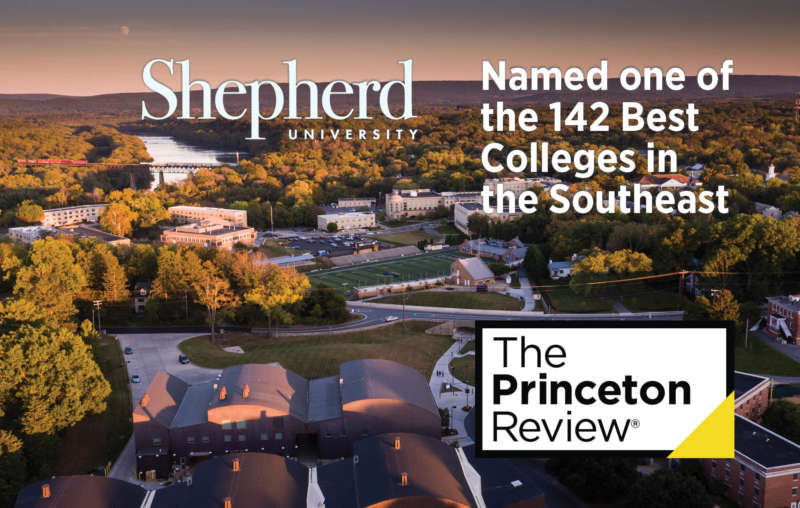