SHEPHERDSTOWN, WV — Shepherd University and Shepherd’s Lifelong Learning Program are launching the President’s Lecture Series, beginning with a talk about the safety of swimming in the region’s lakes and waterways. The President’s Lecture Series, a new initiative started by President Mary J.C. Hendrix, is designed to involve the campus and community in discussions of topics of interest. All lectures are free and open to the public and will take place from 6:30-8:30 p.m. in the Robert C. Byrd Center for Congressional History and Education auditorium. The following lectures are scheduled:

Tuesday, August 30—How Safe Is Your Recreational Water?

Amy J. Horneman, Ph.D., SM(ASCP), associate professor at the University of Maryland School of Medicine and Microbiology Lab director at the VA Maryland Health Care System, will discuss the safety of various types of recreational water sources in the region. Horneman will talk about the hazards people might face swimming in the ocean, as well as in freshwater rivers, lakes, ponds, and man-made water parks. Horneman will give an overview of some of the possible health hazards related to recreational water activities and will focus on the various infectious agents, including bacterial, parasitic, and viral, that swimmers, boaters, and fishing enthusiasts could possibly come in contact with. She will also explain how to participate in these activities safely.

For more information about the President’s Lecture Series, contact Karen Rice at 304-876-5135 or at krice@shepherd.edu. There will be a reception following each event sponsored by the Shepherd University Foundation. 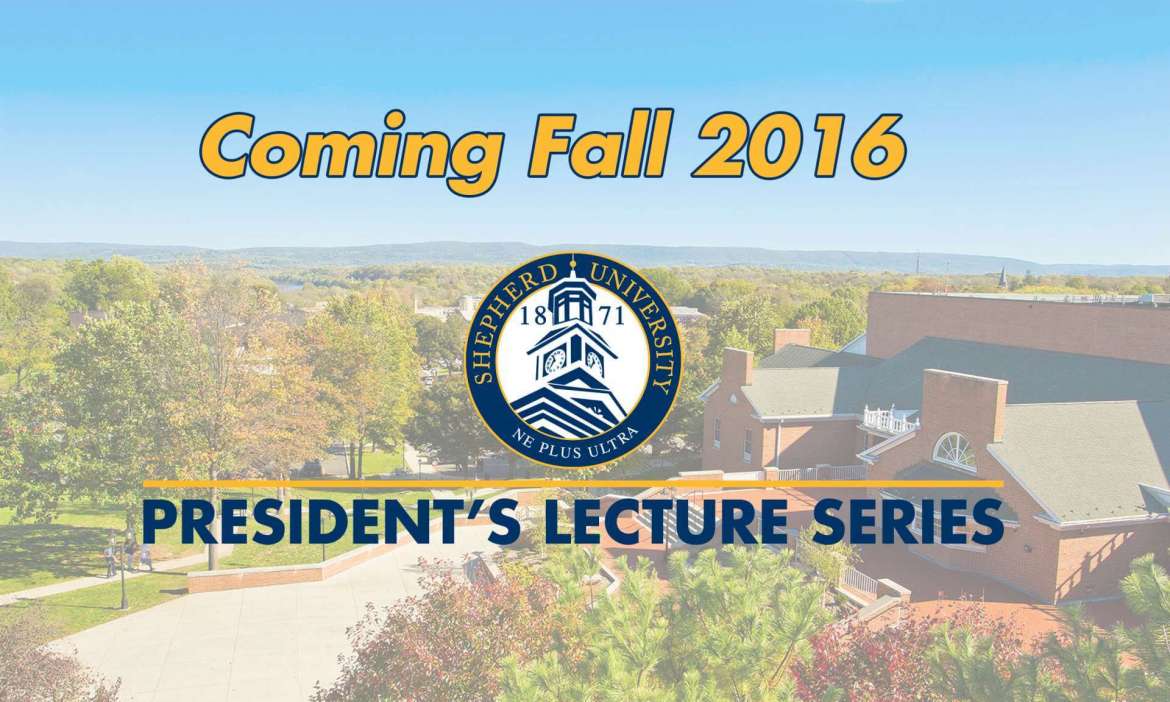