SHEPHERDSTOWN, WV — Shepherd University President Mary J.C. Hendrix will be able to continue her cancer research from her office via a live video feed that links her to her research team in Morgantown. Her research lab is now located at West Virginia University’s Cancer Institute.

Hendrix’s computer is equipped with a camera that will provide a live video feed via Skype between her office at Shepherd and the lab in Morgantown. There are also cameras in the WVU lab, including on the microscopes, so Hendrix will be able to see the research as it is going on. Through the open portal, Hendrix will be able to interact with her researchers Dr. Elisabeth A. Seftor, Dr. Richard E.B. Seftor, and Naira V. Margaryan. The research team moved to WVU from Northwestern University in Chicago.

Hendrix discussed the ongoing cancer research with Seftor, Seftor, Margaryan, and WVU President Gordon Gee during a demonstration of the live video feed. She said classes at Shepherd will have access to the video feed to supplement their curriculum and that moving the lab to West Virginia will benefit both universities. 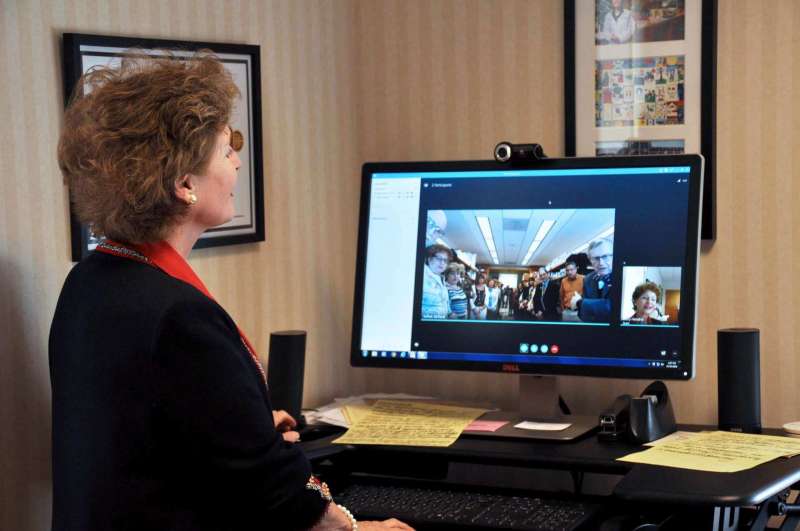