SHEPHERDSTOWN, WV — There was an air of excitement during a recent biopsychology class taught by Dr. Chris Lovelace, associate professor of psychology, as students were given the opportunity to work with Shepherd University’s newly acquired preserved human brain.

Through her contacts in the medical research community, Shepherd President Mary J.C. Hendrix was able to help procure the human brain specimen for teaching purposes. The brain came from a 62-year-old man who died of a heart attack and had donated his body for scientific and educational use. It is available to help students in psychology and biology classes who are learning about anatomy and how the brain functions.

“In class we see lots of pictures of brains, but it’s very difficult to get a sense of how the brain is organized in 3D just from those two-dimensional pictures,” Lovelace said. “There’s more to it than just seeing where the parts are. There’s something about holding an actual human brain that used to be a person that’s really a remarkable experience.”

During a recent class, Lovelace used the brain to show students where parts like the medulla, cerebellum, and hypothalamus are. Each student was able to hold the brain and get a closer look at where the parts are located.

Katie Rakes, of Allentown, Pennsylvania, is interested in pursuing a career in forensics. She was the first student in line to hold the brain after Lovelace delivered a short lecture about where the parts are and how they function.

“It was surreal. It was a really great experience,” Rakes said. “I am a visual learner, so the tangibility aspect helps because instead of looking at a book and seeing the pictures, which are so linear, you can pick the brain up and see it and gain a better grasp of the concept.”

Justin Jennings, of Bunker Hill, was a psychological technician in the Army and is pursuing a psychology degree.

“I want to go into the medical field, and being able to hold a human brain was probably one of the greatest experiences of my life,” Jennings said.

Lovelace said it benefits students in many ways to be able to closely examine the physiology and anatomy of a human brain.

“If they, for example, become a clinical psychologist and they encounter a patient with a particular set of issues and they know that behavior relies on a particular brain area, they might refer that person to a neurologist or a neuropsychologist who could try to diagnose whether the patient has some kind of structural brain issue like a tumor going on,” Lovelace said.

Psychology students are not the only ones who will benefit from Shepherd having a human brain. It will also be utilized in some biology classes. Dr. Carol Plautz, associate professor of biology, plans to use the brain when she teaches the Comparative Anatomy class. She said it will give students, some who plan to go into medical fields, the opportunity to compare the human brain to those of other vertebrate species like sharks, birds, and sheep.

“I have always felt it is important for students to experience handling animals, live or in necropsies and dissections, as well as humans, either live or post-mortem, before embarking on a career in medicine—whether med school or some other health profession—to gain some exposure to what they will encounter in their training and career,” Plautz said. “Students can have the unique and awesome experience of learning the physical dimensions and structural features of the brain by personally holding it in their hands.” 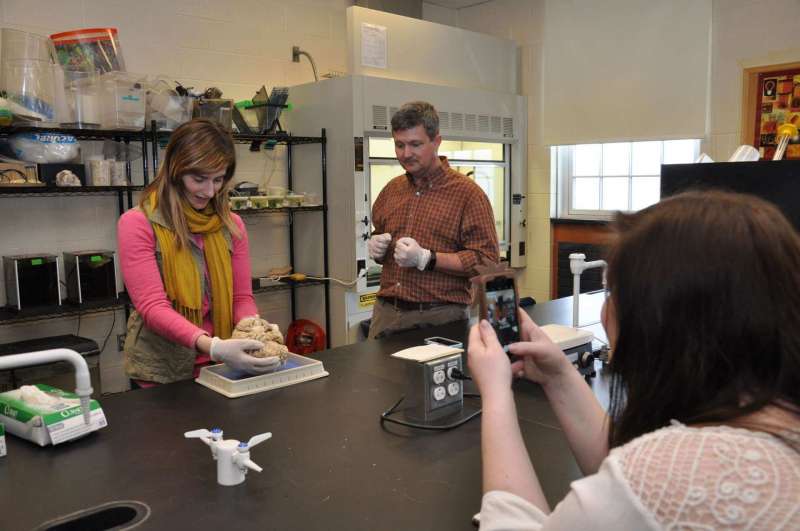 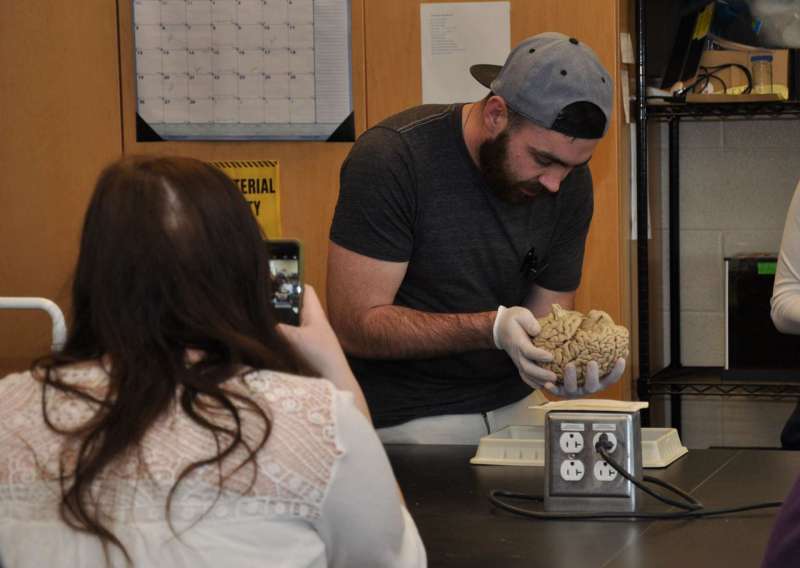