SHEPHERDSTOWN, WV — Pieces of furniture that were in Shepherd University’s Popodicon right after it was built by Henry W. and Eleanor Potts in 1907 have been returned to the house. Julia “Happy” Potts Grehan, the Pottses’ granddaughter who grew up in Popodicon and now lives in Mobile, Alabama, has donated a large bookcase, twin beds that were made for the house, several couches and chairs, and the desk that Henry Potts once used.

“My grandfather used that desk, my father used it, and my brother used it,” Grehan said. “I think my grandfather brought the desk down from Pottstown (Pennsylvania) where he grew up, so it’s over 100 years old. It’s been in the family a long, long time. It was in what they call the reception room [adjacent to the dining room] next to the fireplace.”

Like the beds, the bookcase was made for the house. Grehan said there are two matching bookcases that, like the desk, were originally located in the reception room. A relative has the second bookcase, but the one that came back to Popodicon is now in the larger of the two living rooms on the first floor.

A great deal of progress has been made at the historic house in the past year since the Friends of Popodicon was formed with a goal of bringing the house and gardens back to their former beauty.

Volunteers have worked to restore the gardens and create a plan to plant vegetation that will compliment the house and require less maintenance. Volunteers have also been busy inside painting and refreshing each room. They are now incorporating the various pieces of original furniture into the décor.

“It’s a very nice gift and it’s nice to have that continuity of the furniture,” said John Douglas Miller, an interior designer who is leading efforts to renovate the house. “We hope to be able to place most of the furniture throughout the house.”

Grehan has fond memories of growing up at Popodicon. She, her father, and her siblings moved into the house after her mother died in 1940 when she was around 10 years old. Grehan went away to high school and college, but considered Popodicon home until she married in 1963. The state of West Virginia purchased the property for Shepherd in 1964.

“The Popodicon garden was so beautiful,” Grehan said. “My aunt Margaret would spend hours working on it. My uncle would stand out there for hours and hold a hose. The peonies were to die for. At one time, the four plots inside the garden all had petunias in them. There were irises and there was a pergola all the way to the vegetable garden that was covered with roses.”

In addition to Grehan’s donation, Popodicon has received a circa 1820 Hepplewhite mahogany banquet table and four Chippendale side chairs from Shepherdstown residents Greg and Margaret Didden. The table has three pieces that, when they are put together, extends about 100 inches.

“It will be nice to use for additional seating when we have banquets,” Miller said.

With private donations, the Friends of Popodicon have also purchased a new hand-woven Iranian Kashan rug for the living room. Visitors will have a chance to see the progress made on the house when Popodicon is included in the Shenandoah-Potomac Garden Council 63rd Annual House and Garden Tour April 28-29. 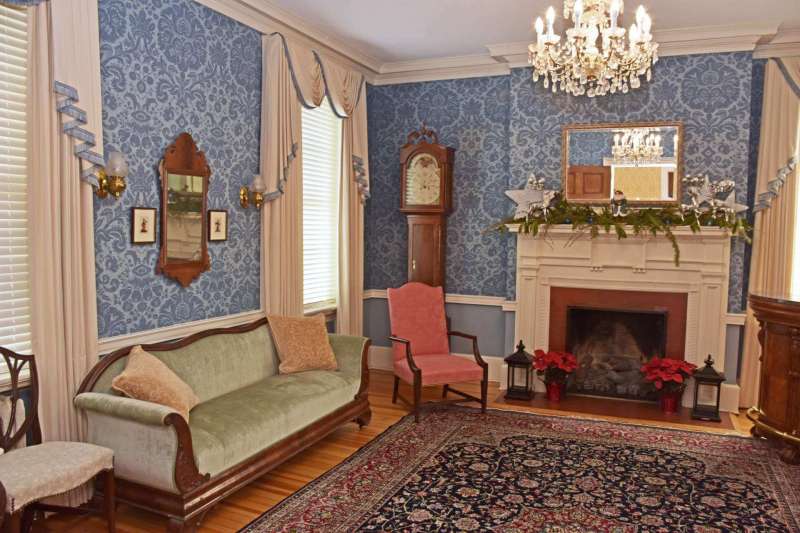 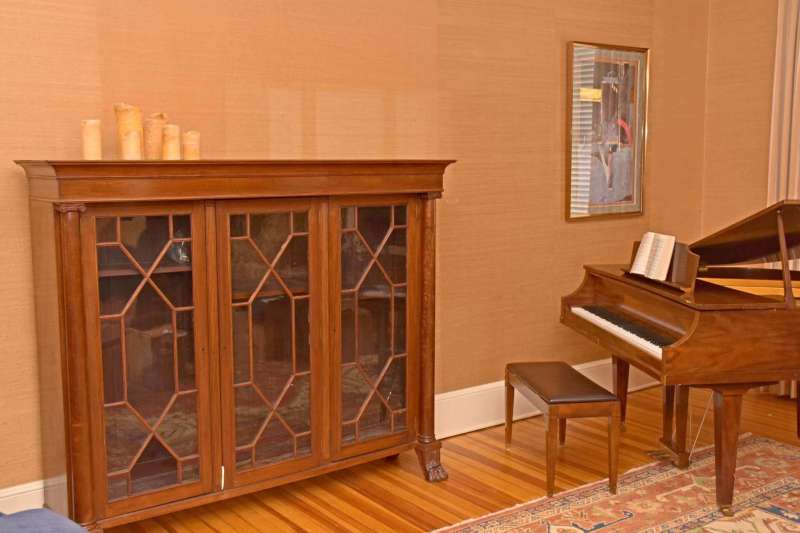 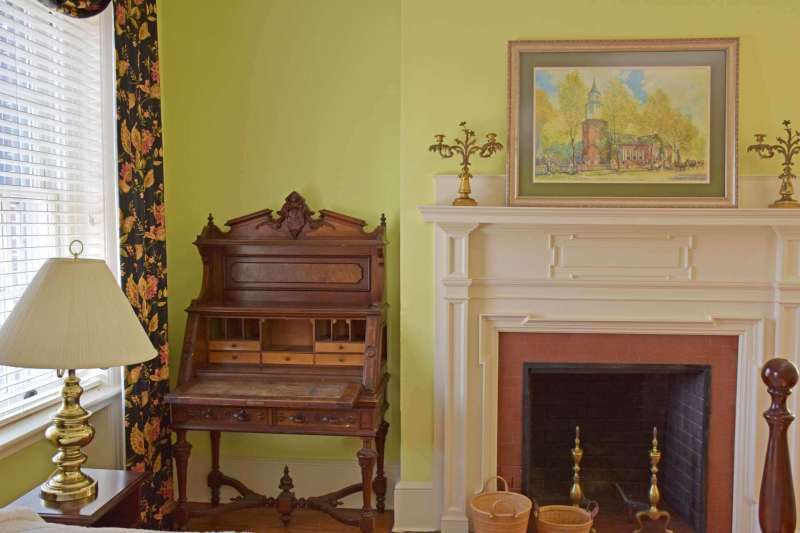 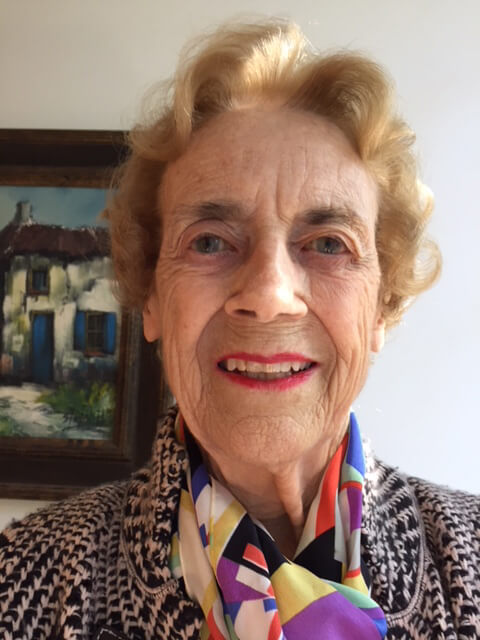