SHEPHERDSTOWN, WV — Shepherd University’s Phaze 2 Gallery in the Center for Contemporary Arts is exhibiting “Swell” by sculptor Christian Benefiel, assistant professor of art, July 8-August 30. The exhibit is part of the Art at the Festival experience during the Contemporary American Theater Festival, which runs July 8-31. Gallery hours during the festival will be Wednesday-Saturday from 1-8 p.m., and Sunday from 11 a.m.-6 p.m. Hours for the month of August will be announced later.

For the exhibit, Benefiel constructed a sculpture that looks like a wavy ceiling made out of wooden slats that are woven together and attached with small dowels. Lights from above shine down through gaps between the slats casting shadows on the gallery’s walls and ceiling, giving the feeling of being under a wave of water. A ladder at the end of the room allows visitors to look above the sculpture.

“I’ve always liked the way that the turbulence in the ocean sort of settles down below the surface,” he said. “Even if you’re in a swimming pool, as long as it’s not moving current, the water is very calm and still three and four feet below the surface. That sort of place to me has always had a really calming environment—the way the light is diffused in the water, the stillness, and the weightlessness.”

Even though water at that level can be calming, Benefiel pointed out that there are stressors like the need to breathe and to stay balanced against the force of the water. He said the idea of both stress and force went into construction of the exhibit.

“The piece is actually held together with tension,” he said. “There are no permanent fasteners, so no nails or screws.”

Benefiel used computer modeling to create an armature, or flexible framework, for the sculpture. He then wove the wooden slats through the armature to give it shape and strength.

“The piece is all held in the wall by little dowels that go in at an angle, so as the weight of the piece pushes down it sort of bites against the drywall and holds it up in place,” Benefiel said. “The construction is sort of a system of forces that are working with and against one another, so in order for it to stay everything has to be doing its part.”

Benefiel looks at the sculpture as a metaphor for larger socio-economic global forces like the ecosystem or the way a culture defines itself and its citizens.

“All those things are groups of smaller parts that have to function in a specific way in order for it to work,” he said.

Benefiel is the Bachelor of Fine Arts sculpture coordinator at Shepherd. His work is inspired by the systematic structure in which culture, interpersonal relationship, and civilization are based. Aesthetically he is rooted in the maritime, contemporary craft, and the constructed landscape. Benefiel is a U.S. Fulbright Scholar, an inaugural Hamiltonian Fellow, and has done community projects with the Chesapeake Bay Maritime Museum; The Mariners Museum in Norfolk, Virginia; Jackson County Green Energy Park in Sylva, North Carolina; and has had numerous solo and group exhibitions nationally and in the Baltimore and Washington area. 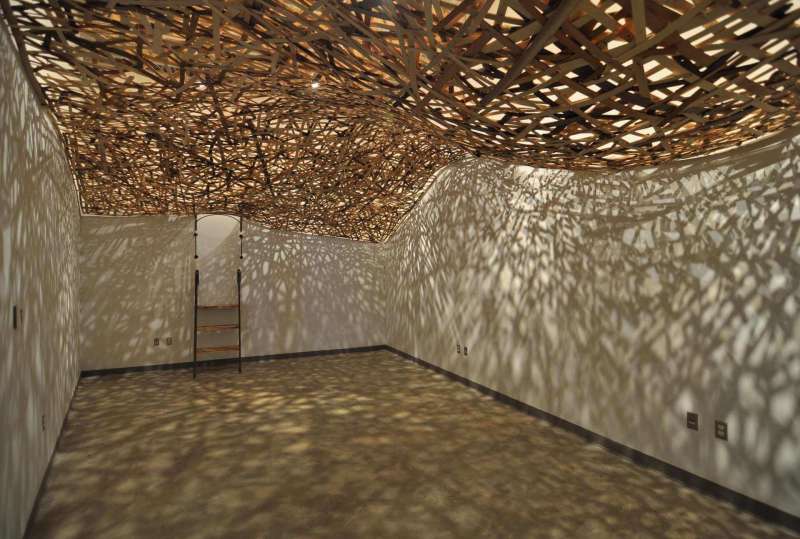 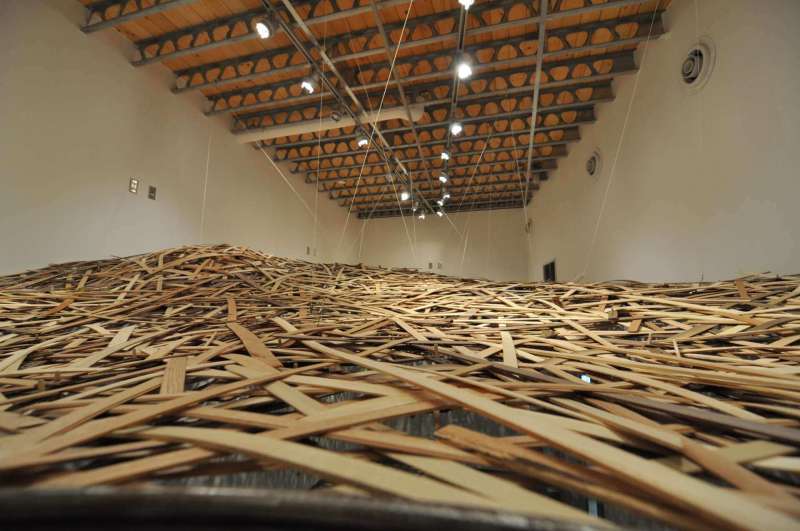 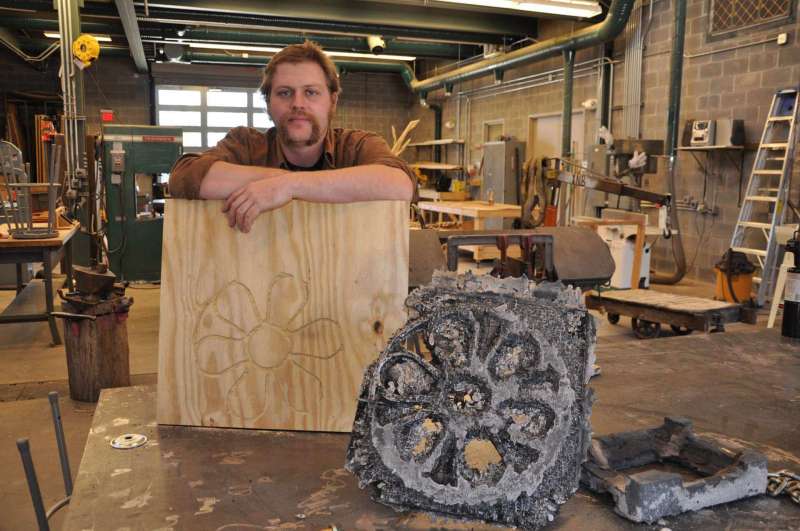