SHEPHERDSTOWN, WV — Shepherd University’s Phaze 2 Gallery will host an exhibit by figure painter Mark Webber from November 11-January 16, 2020. An opening reception is planned for Monday, November 11, at 4 p.m., with Webber giving an informal artist talk at 4:30 p.m. The event and exhibit are free and open to the public.

Webber is an artist based in New York City and Sag Harbor, New York. He has been steeped in visual art all of his life because his mother was on the acquisition committee of the Museum of Modern Art. Growing up in a house full of world class art, Webber was inspired by the Miro, Henry Moore, and Jim Dine artworks on the walls. In addition to painting, sculpting, and drawing, Webber is an accomplished furniture designer and woodworker, sailor, and paddler. When he is not in the studio, he is drawing further inspiration from being on the water. Webber moved his family to Sag Harbor, where he is able to draw from that inspiration and incorporate it into his work.

“My figures are invented and the compositions evolve over time, making models of little use,” Webber said. “There aren’t clear narratives and hopefully no message can be found because I’m chiefly interested in visual play. My strongest influences are probably evident and run scattershot throughout art history.” 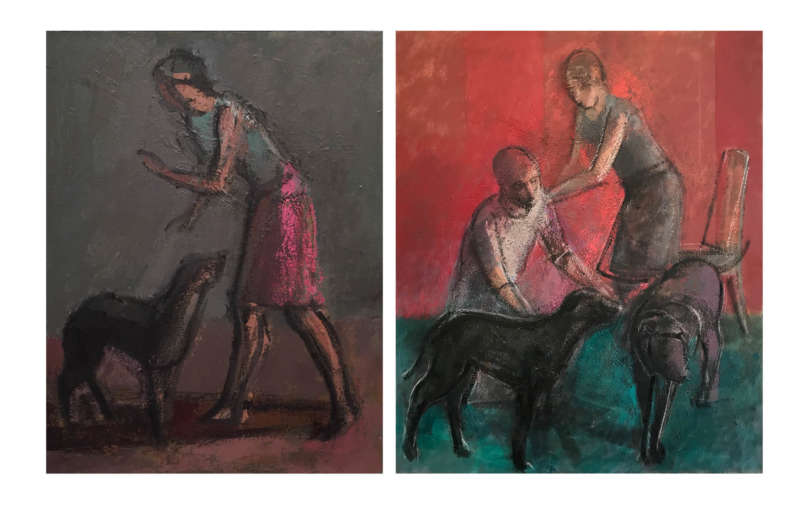