Hailed as the “Best Instrumental Band of the Decade” by Irish American News, the Brock McGuire Band is fronted by two of Ireland’s most celebrated traditional musicians, button accordionist Paul Brock and fiddler Manus McGuire. They are accompanied by banjo and mandolin player Garry O’Meara and pianist Denis Careyan. The band’s precision and passion have won the hearts of audiences worldwide.

The band’s repertoire is a tight blend of instruments emphasizing mostly Irish music but also features impressive arrangements of Appalachian old-time, bluegrass, and other Celtic traditions. The band’s most recent CD “Green Grass Blue Grass” is a collaboration with 14-time Grammy Award winner Ricky Skaggs and has been hailed as a masterpiece.

Tickets are available at the Shepherd University Bookstore for $10 general public; $8 Shepherd staff or senior citizen; $5 for children; and free to shepherd students with valid Rambler ID and all veterans and active duty service personnel with a military ID.

The concert is sponsored by the Performing Arts Series at Shepherd and the Department of Music. For more information contact Rachael Meads at rmeads@shepherd.edu or call the Shepherd Bookstore at 304-876-5219. 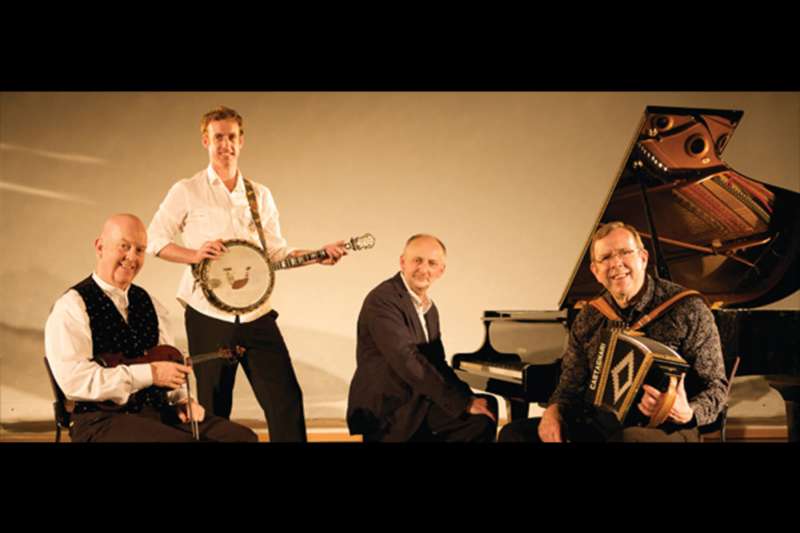