“Rachel and I designed the study and collected data in the spring of 2017,” Daily said. “Aimee and Kellen joined the project in the fall of 2017 and assisted in analyzing the data. The four of us presented the initial findings at the annual meeting of the Eastern Psychological Association in spring 2018.”

The study compared participants in two leisure occupations—building scale models and creating visual art. Daily and DiLima collected data from 44 modelers and 44 artists who were recruited online and who completed a survey that measured intrinsic motivation, two measures of personality, and several measures of well-being. Participants also answered several open-ended questions about their leisure occupation.

The study showed that modelers and artists engage in similar behavior but for different reasons. For example, both do research before beginning a project, but modelers do so to increase the accuracy of their work while artists are looking for details they can incorporate into imaginal designs. The study also found that modelers were more satisfied with their lives and that artists reported more stress and symptoms of depression.

Daily began writing the paper while on sabbatical in the spring of 2020, and DiLima, Street, and Healy helped write multiple drafts in preparation for submission to the journal. Daily’s research stems from the fact that he’s been a modeler of trains, spacecraft, and airplanes since he was a kid.

“I’ve spent a lot of time wondering why out of all the things I did when I was a kid, building models stuck,” Daily said. “Part of why I spent time pondering the question was that modelers are often seen negatively. They’re seen as adults playing with children’s toys. I was sitting in a conference talk in 2007 when something the speaker said brought my personal and professional lives together and I realized that as a psychologist I had the tools to answer my own question. I’ve been working on that ever since.”

Daily continues researching the topic. In June he presented at a virtual meeting of the Eastern Psychological Association on a study he did with two other students, May 2020 graduate James Joyner, Frederick, Maryland, and Michaela Carper, a psychology major from Stephens City, Virginia. The study explores whether a person’s choice of leisure activity such as modeling, cross-stitching, or hiking affects perceptions of that person’s attractiveness as a potential mate.

“We did find that leisure activity mattered, but not the way we thought,” Daily said. “Hiking seemed to make a person appear to be healthier, and healthier people are seen as more attractive. I’m working with another student now on a follow-up to that study in which we’re attempting to hold perceptions of health constant to see if engaging in modeling, cross-stitching, or painting will affect perceptions of the person’s attractiveness.”

Daily said he’s excited about the research being published, particularly because it provided an opportunity for students to participate in the professional publication process. The abstract for the published paper is located at https://doi.org/10.1080/14427591.2020.1815074. 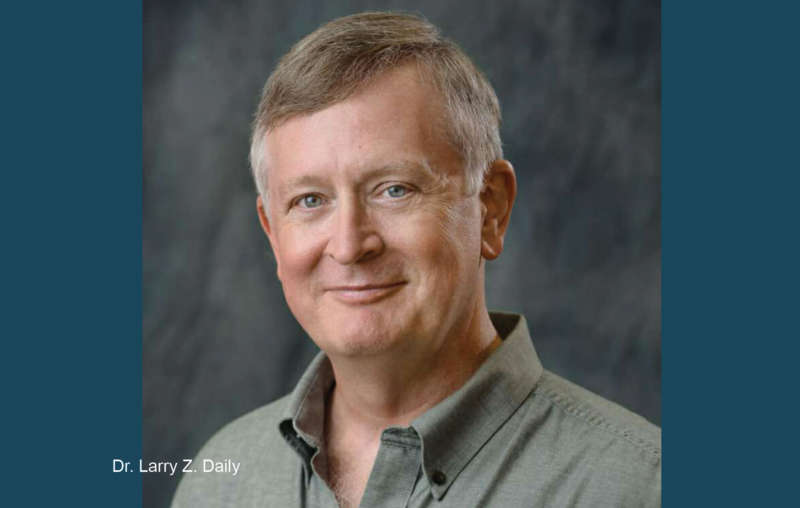