SHEPHERDSTOWN, WV — The Pack Horse Ford Chapter, National Society Daughters of the American Revolution (NSDAR) in Shepherdstown has awarded two academic scholarships to Shepherd University students in memory of one of its most honored members, Ruth Power Thacher. This is the third consecutive year the organization has made the award. Willie Belmonte, a senior physical education major from Charles Town, and Melissa Gantt, a senior secondary education major from Martinsburg, are the recipients of the 2018-2019 scholarship award, established through the Shepherd University Foundation.

“I am extremely grateful to receive the Pack Horse Ford Scholarship in memory of Ruth Thacher,” said Gantt. “I hope to follow in her footsteps by leaving an everlasting impression on our education system.”

As a lifelong educator, Ruth Thacher aspired to make a difference in the lives of her students. A graduate of Martinsburg High School, she was a member of the National Honor Society. She attended Shepherd and received her bachelor’s degree from West Virginia University, as well as a master’s degree from George Washington University. Thacher began her 38-year career as an educator at John Street School in Martinsburg and went on to serve as a principal at multiple elementary schools in Washington County, Maryland.

In 1939, she married William R. “Pappy” Thacher, a professor of economics and sociology at Shepherd for 38 years and the first president of the Shepherd University Foundation. Thacher Hall was named in his honor. Ruth Thacher also served on the Foundation’s Board of Directors for 15 years in the role of vice president. She was awarded an honorary doctorate from Shepherd in 1991 and the President’s Medal in 1997. In 2001, she was made an honorary director of the Foundation. She also served as a member of the Board of Advisors of Shepherd University and as alumnae advisor to the Beta Delta Chapter of Sigma Sigma Sigma sorority.

Thacher was a member of the Pack Horse Ford Chapter for more than 50 years and served in the role of regent. In recognition of her 50 years of service to the chapter, she was named honorary regent.

Thacher died on May 6, 2008. After being awarded the scholarship named in her honor, Willie Belmonte expressed his appreciation to the Pack Horse Ford Chapter for carrying on Thacher’s legacy while also supporting Shepherd.

“I am truly honored to have received this scholarship, having witnessed the impact Mrs. Thacher made at Shepherd and its effect on the lives of its students,” he said. “She greatly influenced our region’s educational landscape.” 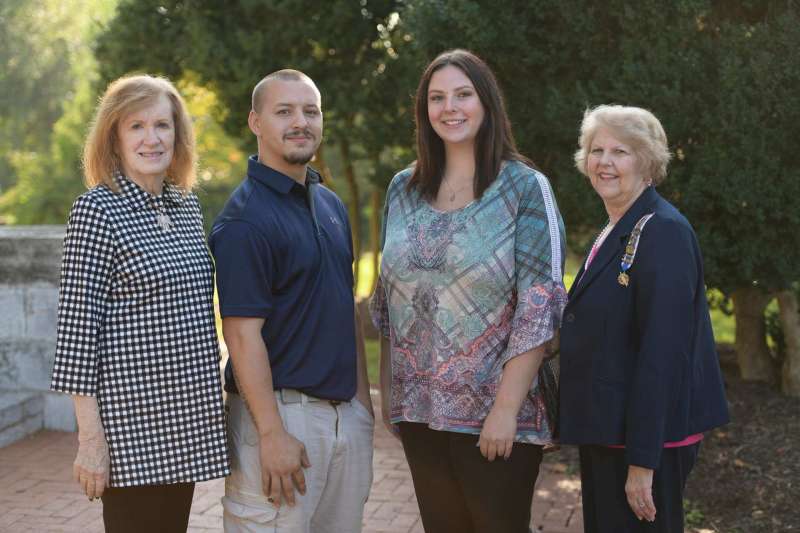