SHEPHERDSTOWN, WV — Students from Shepherd University’s Department of Nursing Education participated in the Come Explore Nursing and Health event at Winchester Medical Center on October 18. Twenty-two second-semester junior nursing students joined nurses from the region and students from other colleges, to give Girl Scouts in grades six through 12 an idea of what it’s like to be a nurse.

More than 500 young people from the region attended the event, where hands-on activities included exploring cadaver body parts, giving an injection to start an IV, putting a cast on a finger, taking blood pressure, and touching a skeleton.

“There were about 20 stations set up that had real-life equipment that nurses use in taking care of patients,” Dr. Charlotte Anderson, nursing professor emerita, said. “And the nursing students helped the registered nurses man each station.”

Anderson said two of the stations had body parts, like kidneys, hearts, and a human brain.

“In the heart, after they were gloved, they could take their index finger and go down through the cuspid valves and things like that,” Anderson said. “Now some of the Girl Scouts elected not to touch.”

Dr. Sharon Mailey, chair of the Department of Nursing Education, said participation in events like the Come Explore event are more than just community outreach. They give Shepherd students an opportunity to also learn, and to network with professionals in their chosen career field.

“The RNs were role models for them,” Mailey said. “It really builds self-confidence. It’s such a positive experience for our students. They did a beautiful job.” 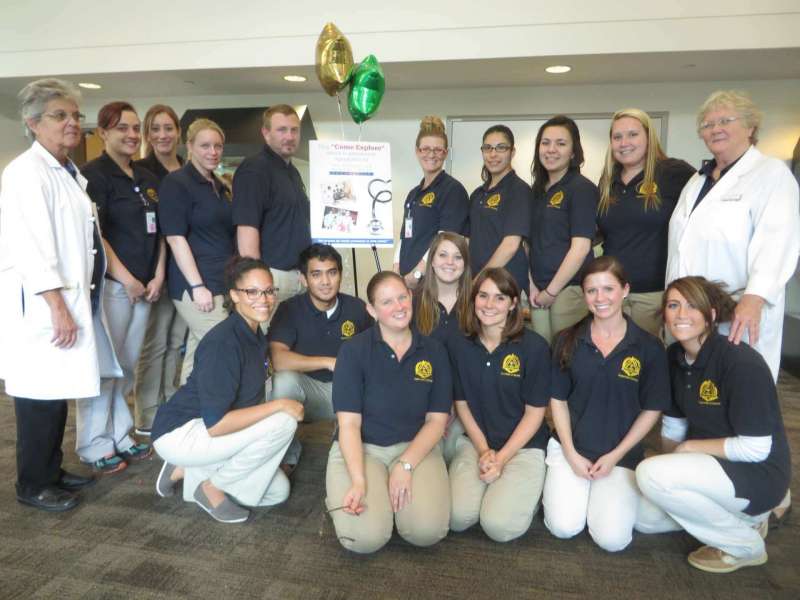