SHEPHERDSTOWN, WV — The next Faculty Research Forum at Shepherd University will explore the life and writing of German-born author Klaus Mann. Dr. Timothy Nixon, associate professor of English, will present a talk titled “Klaus Mann: German Anti-fascist and American Literary Figure” on Monday, October 10, at noon in the Robert C. Byrd Center for Congressional History and Education auditorium. The event is free and open to the public.

Nixon recently published a book, “Selected Short Works by Klaus Mann,” that features some of Mann’s writing that hadn’t been previously published. During the Faculty Research Forum, Nixon will discuss Mann’s life, the translation and editing process for the book, and will present the argument that Mann should be considered an American author of German descent rather than just a German author.

Klaus Mann was the eldest son of Nobel Prize-winning author Thomas Mann. Klaus Mann lived in New York City, became a U.S. citizen in 1943, served in the U.S. Army during World War II, and wrote stories about postwar Germany for “Stars and Stripes,” a newspaper that covers the U.S. military. Nixon said Mann completely embraced being an American.

“He was a flag-waving, enthusiastic proponent for what America stood for,” Nixon said. “He abandoned German altogether and switched to writing exclusively in English. He published a number of pieces that dealt with the anxieties of the foreigner in a new context. They’re autobiographical in that way. Those are some of the pieces that I include in the recently published collection.”

Nixon argues that more people should know who Klaus Mann is, and that Mann is an important figure in 20th-century literature. Nixon feels one of Mann’s greatest contributions was the short-lived, anti-fascist literary journal “Decision: A Review of Free Culture,” which Mann published between January 1941 and April 1942.

“Some of the names that were included in this literary journal were just amazing—Carson McCullers, Muriel Rukeyser, Thomas Mann, and Stephen Vincent Benét,” Nixon said. “The list of contributors was really a who’s who of American literary figures in the middle of the 20th century.”

After World War II, Mann no longer felt safe and comfortable in the United States because politically the U.S. swung to the right at the end of and shortly after the war. That political swing cause Mann a lot of concern; he worried that the U.S. could tip over into nationalism, if not fascism, just as Germany had done so he went to Europe. Mann died of a sleeping pill overdose in Cannes, France, in 1949 at the age of 44.

Nixon said the overriding theme of Mann’s work came from the perspective of being an outsider, not only because he was German-born, but because he was also openly homosexual. Nixon thinks the story of Mann’s life offers lessons that are still relevant today as the United States debates whether to accept refugees from war-torn regions.

“I see Mann’s experiences completely playing into the conversation we have going on right now. What does it mean to be an American?” Nixon said. “Here we have a man who was amazingly fluent in an adopted language, but he still had an accent. Can one be an American if one still has an accent? I would hope the answer is yes.” 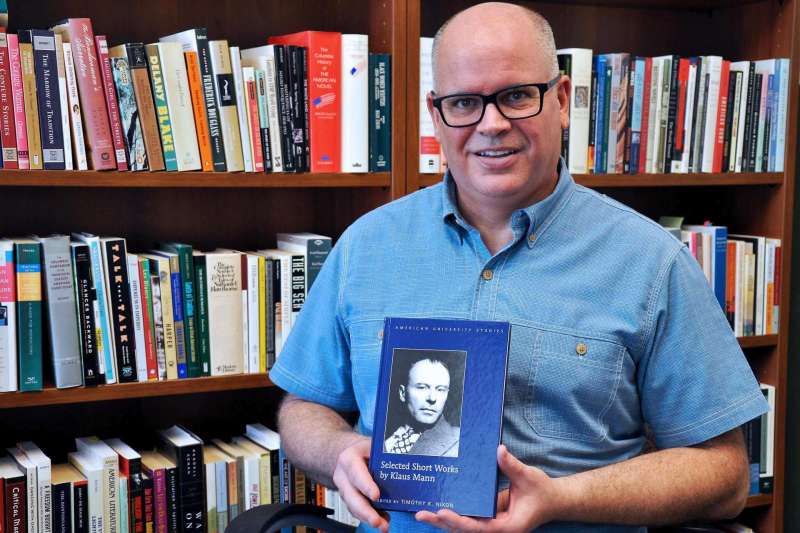 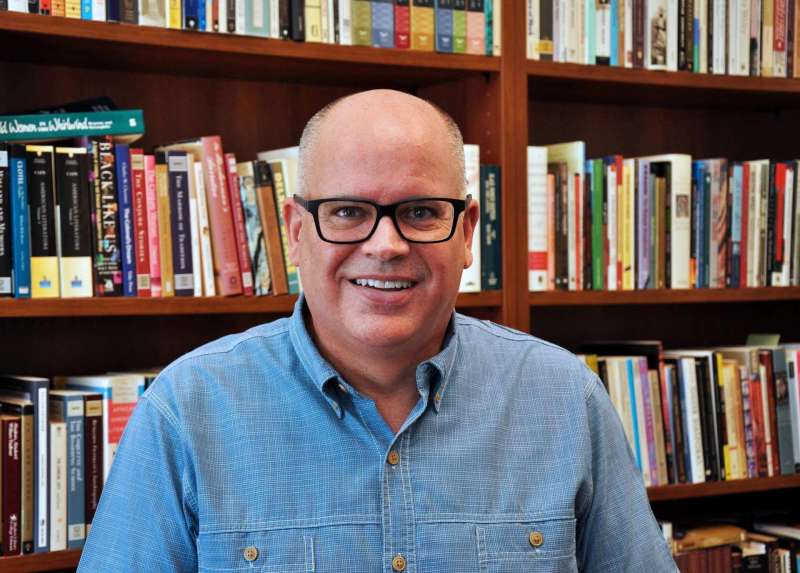