Niger’s ambassador to the U.S. to speak April 12

SHEPHERDSTOWN, WV — Shepherd University will host the ambassador to the United States from Niger, Hassana Alidou, on Thursday, April 12, at 4.30 p.m. in the Robert C. Byrd Center for Congressional History and Education auditorium. The event, which is sponsored by the Department of Political Science and Global Studies, Pi Sigma Alpha, the political science honor society, and Phi Beta Delta, the honor society for international scholars, is free and open to the public.

Alidou will speak about Niger’s economic system, political structures, and cultural traditions.An educator by training, Alidou has been Niger’s ambassador to the U.S. since February 2015. Alidou grew up with a strong sense of service instilled in her by her parents, who were community leaders in Niger. Alidou earned her B.S. in linguistics from the Université de Niamey, which is in Niger’s capital. She was denied graduate school admission in Niger and continued her education in the U.S. via the Thomas Jefferson Fellowship. Through this program, Alidou earned a master’s and Ph.D. in linguistics at the University of Illinois.

Alidou has taught at the Université de Niamey, Texas A&M University, The World Bank Education Specialists Institute of Development Studies at Britain’s Sussex University, and Alliant International University in San Diego. Her educational focus is on promoting the early education of African students in their indigenous languages. In this vein, she has worked with UNESCO Institute for Education and has served as the regional director of UNESCO.

Niger is a landlocked country in West Africa that is bordered by Nigeria to the south, Algeria and Libya to the north, Chad to the east, Burkina Faso to the southwest, and Mali to the west. A French colony until 1960, Niger was a military dictatorship until 1991. The country’s politics were tumultuous between 1993 and 1999, until military officers installed and supported democratic rule in 1999.

Home to roughly 19 million people, Niger is one of the continent’s poorest countries. It relies heavily upon its agrarian and subsistence-based economy. However, droughts often hinder agricultural cultivation, further depressing the economy. Geopolitically, the country has faced threats from previous Tuareg rebellions, spillover violence from neighbors such as Libya, and a series of recent demonstrations emanating from citizenry concerns regarding economic stability.

For more information about the ambassador’s visit, contact Dr. Joe Robbins, chair of the Department of Political Science and Global Studies, at jrobbins@shepherd.edu. 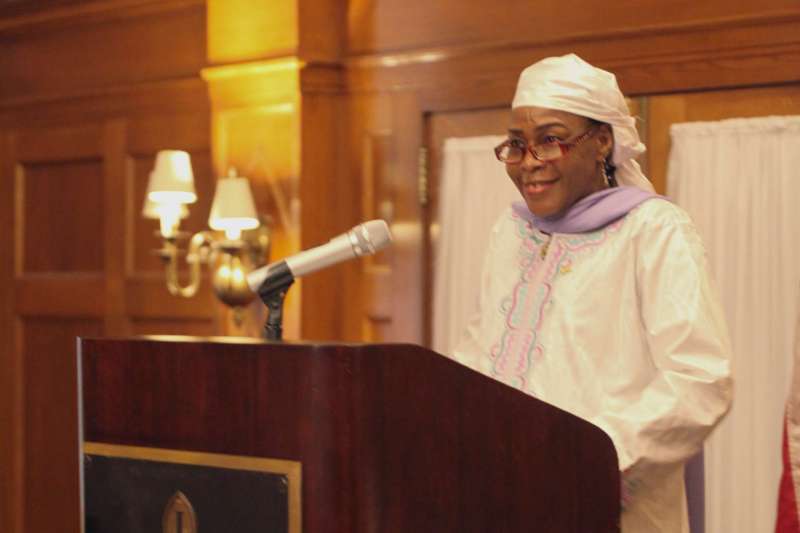