SHEPHERDSTOWN, WV — The newest edition of the “Anthology of Appalachian Writers, Nikki Giovanni Volume VIII” has been released and is currently available at the Shepherd University Bookstore and at Four Seasons Books in Shepherdstown. Volumes will also soon be in regional stores and at Tamarack in Beckley.

The book was edited by Shepherd student Danielle Carder, a secondary education major from Ridgeley. This is the first time a student has served as editor.

“We couldn’t have begun with a better choice than Danielle,” said managing editor Dr. Sylvia Baily Shurbutt. “Danielle is an example of the amazing talent of Shepherd students and the professionalism that they are capable of.”

The anthology is inspired by Giovanni, who was the 2015 Appalachian Heritage Writer-in-Residence at Shepherd and recipient of the Appalachian Heritage Writer’s Award, which is presented and funded by the West Virginia Humanities Council and the Shepherd University Foundation. The anthology is published by the West Virginia Center for the Book and the Shepherd Foundation. The book’s centerpiece is a poem written by Giovanni titled “The Past, the Present, the Future.”

“Scott Honeycutt, Omope Carter Daboiku, and John Gosslee are also in the volume, along with writers from across the country and talented local writers whose work evinces the spirit of Giovanni and the heritage and spirit of contemporary Appalachia,” Shurbutt said.

The Giovanni volume of the anthology was also edited by David O. Hoffman and Natalie Sypolt. Shurbutt said it contains some of the best writing in the country, including work by Jason Howard, Randi Ward, Mark DeFoe, Connie Jordan Green, Sonja James, and Jessica Salfia, as well as West Virginia Fiction Competition winners Karin Fuller, Katheen Furbee, and Faith Shearin.

A reading of the “Anthology of Appalachian Writers, Nikki Giovanni Volume VIII” is scheduled for Sunday, July 17, at 5 p.m. at Four Seasons Books, 116 W. German St., Shepherdstown. The reading coincides with the Contemporary American Theater Festival, where the work of former anthology authors, Frank X Walker and Silas House, will be featured as stage readings. The House volume of the anthology came out in 2009, while the Walker volume was featured in 2013.

The fiction of Charles Frazier, author of “Cold Mountain” and “Thirteen Moons” will be centerpiece for the 2017 Anthology of Appalachian Writers. 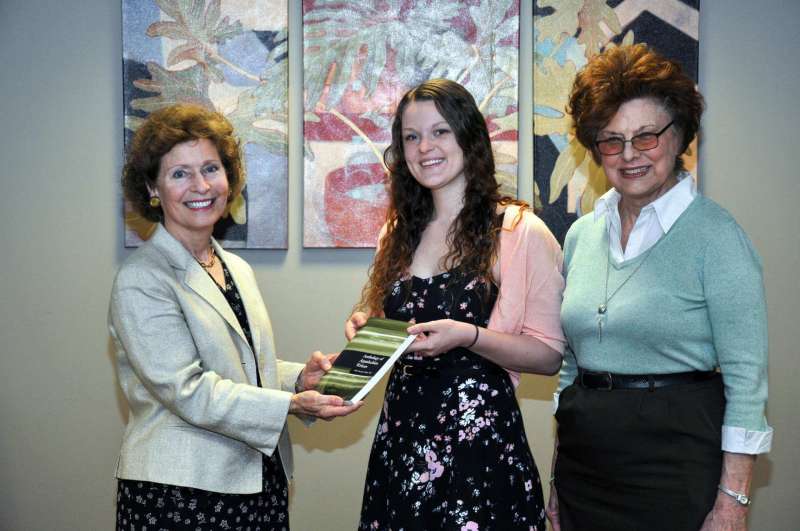