SHEPHERDSTOWN, WV — The Shepherd University Foundation announces the creation of a new scholarship award in support of the women’s volleyball program at Shepherd University. The Phil Porterfield Women’s Volleyball Program Scholarship was established by Philip T. Porterfield III of Charles Town, who serves as the official scorer for the women’s volleyball team.

“The women’s volleyball team at Shepherd has such a great group of students who happen to also be athletically talented,” said Porterfield. “Being right there at the table you get to know them all, and they all are such quality individuals. I’ve just been so impressed with the young ladies that our coaches have recruited.”

A native of Charles Town, Porterfield is retired from the banking and financial services industry and has remained engaged with the local and campus communities for more than four decades. He served on the Jefferson County Board of Education for 10 years, including a two-year term as president.

Porterfield has supported Shepherd in various ways since 1971 when he began contributing to the Albert C. and Jeanne V. Nerhood Memorial Scholarship following the passing of his longtime neighbor, Al Nerhood. He went on to serve several terms on the Shepherd University Foundation board of directors and its Investment Committee and has continued to support various scholarship awards and athletic programs over the years. His wife, Barbara Porterfield, is a member of Women Investing in Shepherd (WISH).

A former track and field athlete in college, Porterfield has followed Shepherd athletics for more than 45 years. He began working the scorers’ table for the men’s and women’s basketball teams in the early 1990s and was recruited to serve as official scorer of the women’s volleyball program in 2006. Having never been to a volleyball match before taking on the role, he soon found himself hooked.

“I’ve always been very interested in supporting women’s athletics,” said Porterfield, whose daughter was a student-athlete. “I thought ‘Where can I make a difference?’ in terms of more funding and publicity. And that’s why I chose volleyball.”

The first award of the Phil Porterfield Women’s Volleyball Program Scholarship will be made in the 2020-2021 academic year. 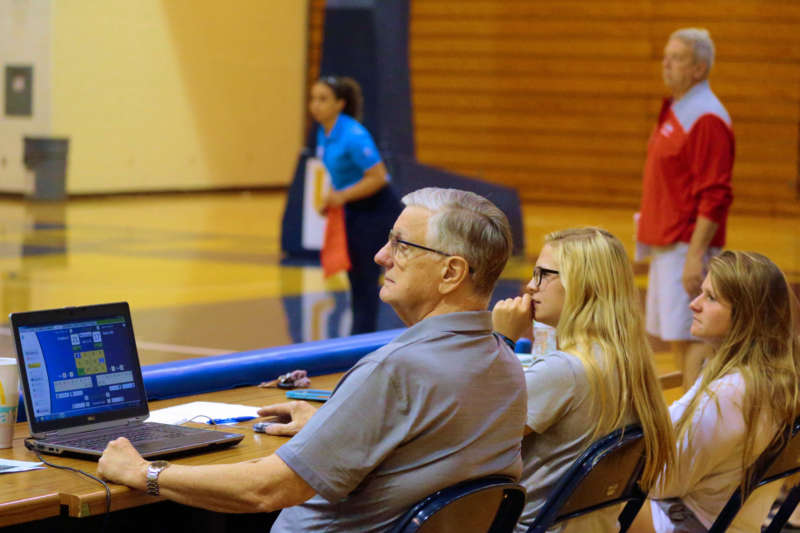