SHEPHERDSTOWN, WV — The Shepherd University Wind Symphony will present a variety of wind band literature as interpreted by student conductors and Dr. Scott Hippensteel, assistant professor of music and director of instrumental studies, on Thursday, November 19 at 8 p.m. in the Frank Center Theater. The concert is $10 general admission; $5 for faculty, staff, seniors, alumni, and those age 18 and under; and free to Shepherd students with a valid Rambler ID. Admission and seating are on a first-come, first-served basis and reservations are not taken. The box office opens one hour prior to the performance.

Program selections include “New York Hippodrome” by John Philip Sousa; “Arabesque” by Samuel Hazo; “Mock Morris” by Percy Grainger; “Moorside March” by Gustav Holst; a new work called “Heart of Madness” by Mark Lortz that is based on three Edgar Allan Poe poems; a set of variations on Scarborough Fair by Calvin Custer; “Toccata for Band” by Frank Erickson; “Chaconne” from First Suite in E-flat by Gustav Holst; “Perthshire Majesty” by Sam Hazo; “Foundry” by John Mackey; “Fantasy on a Japanese Folksong” by Samuel Hazo; and Variations on “Variations on ‘America'” by Charles Ives. 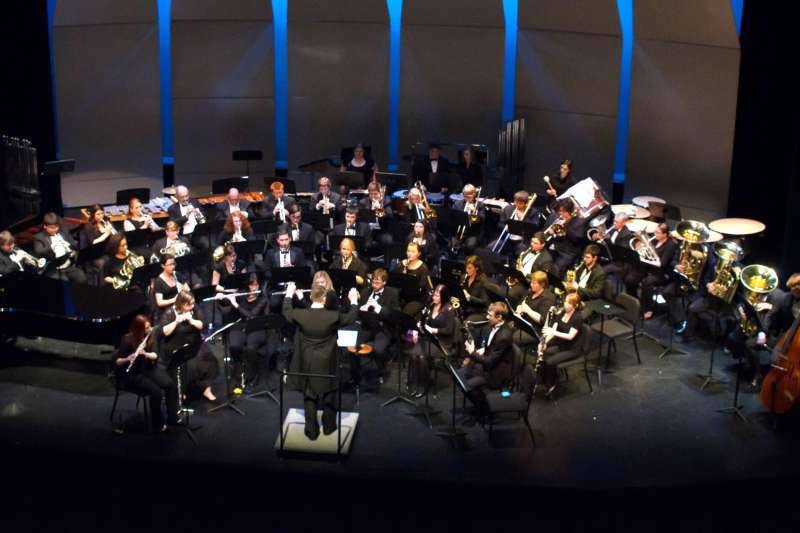