SHEPHERDSTOWN, WV — The Shepherd University Wind Ensemble and the Symphonic Band, under the direction of Dr. Scott Hippensteel, assistant professor of music and director of bands, will present Awayday on Friday, April 10, at 8 p.m. in the Frank Center Theater. The concert will feature internationally inspired wind band music and admission will include a pre-concert lecture that begins at 7:15 p.m. with Hippensteel and the musicians, who will play excerpts from and discuss the concert music.

The Shepherd Chamber Winds will present “A Little Threepenny Music” by Kurt Weill. This eight-movement suite features selections from the 1929 opera including “Mack the Knife,” “Tango-Ballad,” and “Polly’s Song.” The Shepherd Chamber Winds will perform at the Alba Music Festival this May as part of the Department of Music’s Northern Italian Medley Tour.

The final portion of the program will feature the Wind Ensemble with “Symphonic Dance No. 3” (Fiesta) by Clifton Williams; “Lagan Love,” an Ulster love ballad arranged by Luigi Zaninelli; “In Storm and Sunshine,” a circus march by John Clifford Heed; and “Awayday,” a robust work expressing the exhilaration of getting away from it all for a few short hours on a festive holiday by English composer Adam Gorb.

The Shepherd University Wind Ensemble, comprised of music majors and a few non-majors, is the premier wind group of Shepherd University. This ensemble has been invited to perform around the world, including Ireland, Germany, Austria, the Czech Republic, Spain, France, and Monaco. In 2004, the group’s recording of “Barnes Symphony No. 3” garnered an invitation to be a part of the 2005 season in Carnegie Hall.

Admission and seating for Awayday is on a first-come, first-served basis, and advance sales or reservations are not available. The box office will open one hour prior to each performance. General admission is $10; $5 for faculty, staff, Shepherd alumni, senior citizens, and students 18 and under; and free to Shepherd students with a valid Rambler ID and Friends of Music MAC Cardholders. For more information, call 304-876-5555 or visit www.shepherd.edu/musicweb. 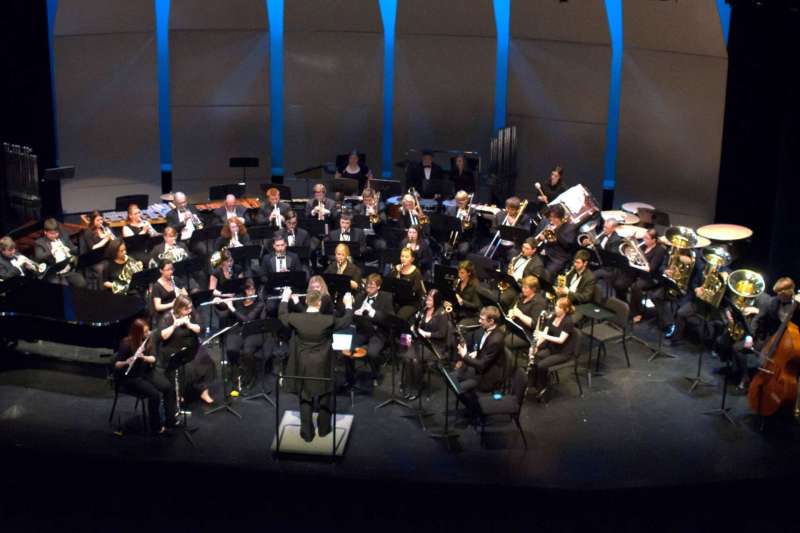