SHEPHERDSTOWN, WV — The Shepherd University Wind Ensemble and the Shepherd University Symphonic Band, under the direction of Dr. Scott Hippensteel, associate professor of music/director of bands, will perform a concert titled “Sinfonia dei Venti” on Friday, February 17, at 8 p.m. in the Frank Center Theater.

The concert will open with the Symphonic Band performing “The Liberty Bell,” a classic march by John Philip Sousa. The band will also perform “Symphonie for Band,” which was composed by Louis Jadin for the French National Guard Band during the French Revolution in 1794; “Satiric Dances,” a three-movement work arranged by Norman Dello Joio; and “Space Symphony” composed by Julie Giroux. The Wind Ensemble will perform Vincent Persichetti’s “Symphony No. 6 for Band,” “Sinfonia V” by Timothy Broege, and “Give Us This Day – A Short Symphony for Band” by David Maslanka. A morris dance by Percy Grainger, “Handel in the Strand,” and a new lullaby, “Hold This Boy And Listen,” by Carter Pann round out the program.

The Shepherd University Wind Ensemble, made up of music majors and a few select non-majors, has been invited to perform around the world. In 2001 the group toured Ireland. In 2004 its recording of “Barnes Symphony #3” garnered an invitation to be a part of the 2005 season in Carnegie Hall. In 2009 the ensemble performed a 10-day concert tour of Munich, Salzburg, Vienna, and Prague, in 2011 it toured Spain, and in 2013 it toured France and Monaco.

Free with admission is a pre-concert lecture beginning at 7:15 p.m. where the audience is invited to spend time with conductor Hippensteel and the musicians learning about and hearing excerpts from the program.

Admission and seating is on a first-come, first-served basis and advance sales or reservations are not available. The box office will open one hour prior to the performance. General admission is $10; $5 for faculty/staff, Shepherd alumni, senior citizens and students 18 and under; and free for Shepherd students with a valid Rambler ID. For more information, call 304-876-5555 or visit www.shepherd.edu/music. 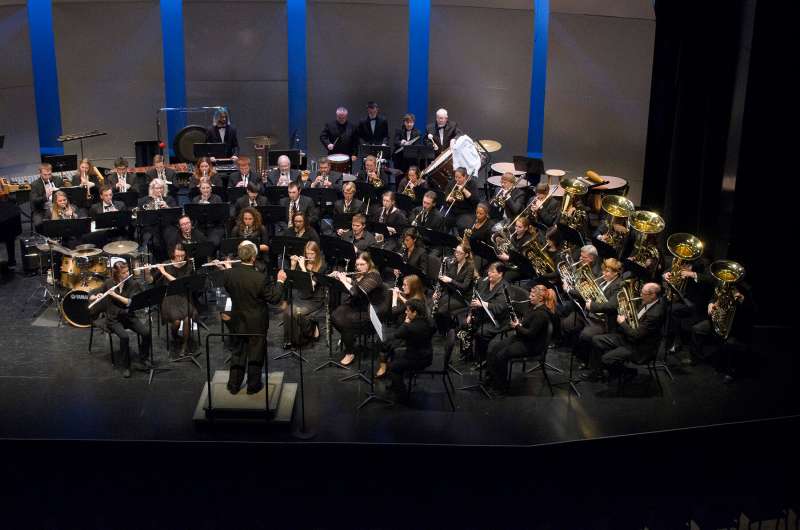