SHEPHERDSTOWN, WV — Shepherd University’s Symphonic Band and Wind Ensemble will perform “Mélodie Mélange,” an evening of wind band music that will explore the diversity of melody, on Friday, February 16, at 8 p.m. in the Frank Center Theater. The program will also feature the regional premiere of a work by Hagerstown, Maryland, composer Michael A. Mogensen and a solo performance by Shepherd trombone instructor James Martin.

Admission and seating is on a first-come, first-served basis and advance sales or reservations are not available. The box office will open one hour prior to the performance. General admission is $15; $10 for Shepherd faculty, staff, and alumni, senior citizens, and students 18 and under; and free for Shepherd students with a valid Rambler ID.

A free with admission pre-concert lecture about the works will begin at 7:15 p.m. The audience is invited to spend time with conductor Dr. Scott Hippensteel, associate professor of music, and the musicians learning about and hearing excerpts from the concert.

Selections from Symphonic Band will include “The Viking March,” a Karl King march; “Mandrágora,” a classic band overture by Portuguese composer Luis Cardoso; “Metroplex,” three musical postcards from Manhattan by Robert Sheldon; “They Led My Lord Away,” a spiritual by Adoniram Gordon arranged for band by Fred Allen; and “American Civil War Fantasy,” a creative medley of popular songs from the Civil War era.

Mogensen is a composer, arranger, conductor, and French horn player whose compositions for band and orchestra are published through the C. L. Barnhouse Company and the TRN Music Company. His works have been presented throughout the world, including performances at the Music Center at Strathmore and the John F. Kennedy Center for the Performing Arts. Mogensen has been honored with multiple ASCAP concert music awards as well as the Colonel Arnald D. Gabriel Composition Prize given by The United States Air Force Band. His commissioned work, “Aerial Fantasy,” received a 2007 Pulitzer Prize nomination. Mogensen was also the recipient of a Masterworks Prize for living composers, granted by ERMMedia. “Chapter Finál” will appear on Volume 17 of the CD Series Masterworks of the New Era.

Martin is an orchestral and solo trombonist based in the Washington, D.C., region. He has been a frequent recitalist of 20th-century music and has given performances of solo repertoire for trombone and organ in several countries. Martin worked with former Berlin Philharmonic bass trombonist, Stefan Schulz, in the premiere of Poul Ruder’s “Concertino” at the 2009 International Trombone Festival in Aarhus. Martin has joined orchestras and chamber ensembles in Europe and North America, including Esbjerg Ensemble, Aarhus Symphony Orchestra, Aalborg Symphony Orchestra, Aarhus Sinfonietta, Maryland Symphony Orchestra, Harrisburg Symphony Orchestra, The World Orchestra, and South Florida Symphony. In addition to teaching at Shepherd, Martin currently holds the position of principal trombone with the American Pops Orchestra.

The Shepherd University Wind Ensemble is made up of music majors and a few select non-majors. This ensemble has been invited to perform around the world, including in Ireland, Germany, Austria, the Czech Republic, Spain, France, Monaco, and Portugal. The group has also performed at Carnegie Hall in New York City. The ensemble is preparing for a trip to Portugal and Spain in May. 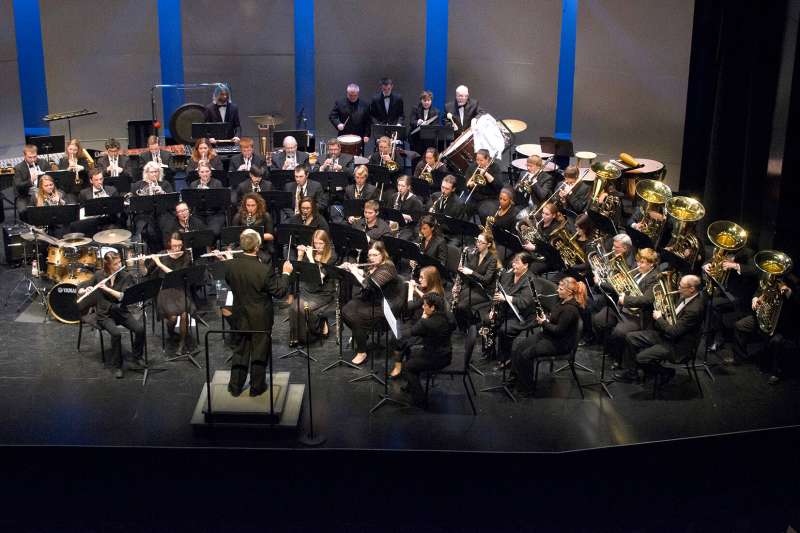 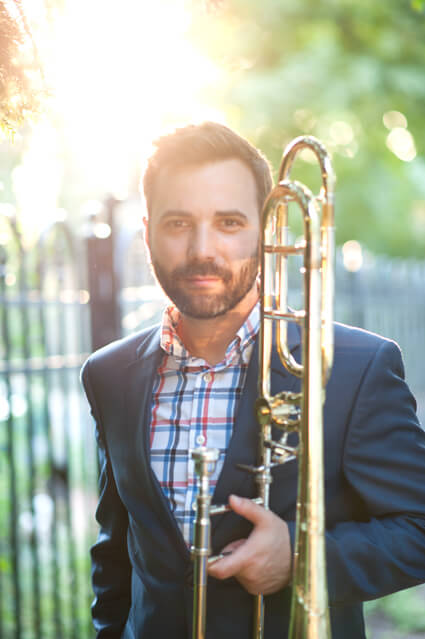