The Williamsport High School Chamber Singers, under the direction of Michelle Rafter, director of the choral department at Williamsport High School, with accompaniment by pianist Cindy Shank, will perform “How Can I Stop from Singing” by Cynthia Gray; “Gloria ad modum tubae” by Guillaume Dufay; and “The Gift to be Free,” based on the Shaker tune “Simple Gifts,” adapted and arranged with additional lyrics by Rollo Dilworth.

Rafter is the coordinator for Washington County’s vocal music activities. She has served as an adjudicator, clinician, and guest conductor throughout the area and currently serves on the festival music selection committee with the Maryland Choral Educators Executive Board. Rafter’s choirs have had many successful performances at festivals and competitions in the region and they have been featured performers with the Maryland State Boychoir, Hagerstown Choral Arts, Maryland Symphony Orchestra, and country music performer Kenny Rogers. Rafter is the recipient of the Maryland Music Educators Association Outstanding Teacher Award.

The Shepherd Women’s Camerata, under the direction of Dr. Rachel Carlson, assistant professor of music, will perform “Cantate Domino” by Heinrich Schultz; “Aure volanti” by Francesca Caccini; “Three Poems from the Parlour” by Eleanor Daley; and an arrangement by Russ Robinson of “Over the Rainbow” by Harold Arlen.

Carlson is director of choral activities at Shepherd University. She founded and serves as artistic director of Six Degree Singers, a community choir based in Silver Spring, Maryland, and is assistant conductor of the Washington Master Chorale. In 2014, Carlson was nominated for a Wammie (Washington Area Music Award) for best classical conductor/director. Carlson toured extensively with professional choirs across the country, appearing as a soprano soloist with the Washington Master Chorale, Washington Bach Consort, Santa Fe Desert Chorale, Oregon Bach Festival, True Concord Voices and Orchestra, Vox Humana, and Washington Revels and as a professional choral singer with Conspirare and the Manhattan Chorale.

The Shepherd University Men’s Choir, under the direction of Dr. Robert W. Tudor, associate professor of music and chair of the Department of Music, will perform an arrangement by Daryl Runswick of “Blackbird” by The Beatles; “Nunc Dimittis” by Mark D. Templeton; an arrangement by Roel Griffioen of “Everything” by Michael Bublé; and an arrangement by Stefan Flügel of “Hallelujah” by Leonard Cohen.

Tudor performs in the genres of opera, early music, musical theater, and cabaret and as a concert soloist throughout the United States. Since 2007, Tudor has been featured annually as guest artist in the Montana Early Music Festival. He returns to Montana each summer as an artist and instructor at the Helena Choral Festival, where he directs, teaches, and appears as a soloist in recitals and concerts. In 2012, Tudor appeared as a guest artist at The Art of Argento – a two-week celebration of the music of contemporary American composer Dominick Argento at the University of Maryland. Tudor has been awarded an individual artist award from the Maryland State Arts Council and was named artist of the year by the Opera Theatre of Northern Virginia.

Admission and seating for Shepherd’s Fall Choral Concert is on a first-come, first-served basis. Advance sales or reservations are not available. The box office will open one hour prior to the performance. General admission is $10; $5 for faculty/staff, Shepherd alumni, senior citizens, and students 18 and under; and free for Shepherd students with a valid Rambler ID. For more information call 304-876-5555 or visit www.shepherd.edu/music. 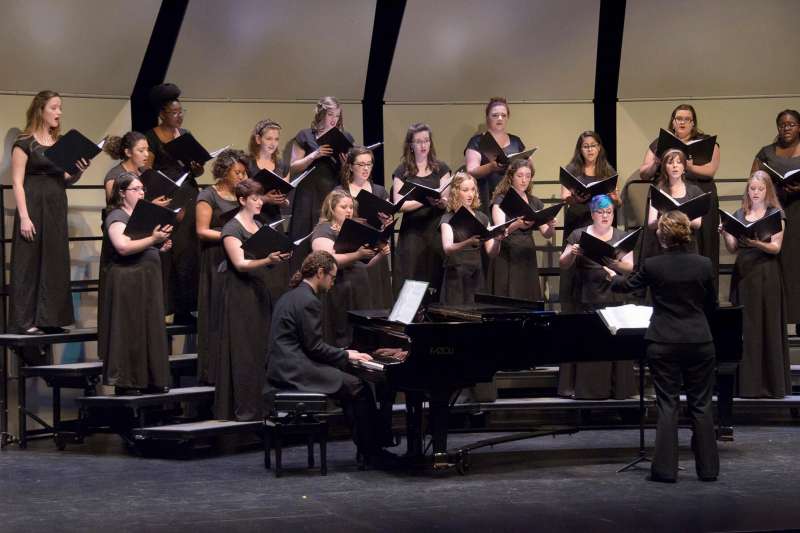