Murtagh is first to receive diploma through partnership with Scottish university

“Having previously studied abroad for a summer in Helsinki while obtaining my M.B.A., I knew the value of experiencing a new culture and seeing a different part of the world,” Murtagh said. “Additionally, I have family roots in Scotland and was eager to visit the country where my great grandparents came from before immigrating to Canada.”

Murtagh stayed at UWS’s Ayr campus, which is located near the seaside town that was birth place of Scottish poet Robert Burns.

“The actual campus is relatively new, having been built approximately 10 years ago,” Murtagh said. “For those pursuing a creative media degree in theater, communications, art, history, and literature, there is a large media storage room where you can rent out for free many types of photographic and audio equipment and musical instruments. Also, the campus has many recording and media rooms available to produce artwork.”

Murtagh spent the spring 2018 semester at UWS. Because his classes were only two days a week, he was able to travel extensively across the country, mostly by rail. Outside of the usual tourist haunts of Glasgow and Edinburgh, Murtagh said the most exciting part of his semester abroad was the opportunity to discover his own Celtic roots.

“I made it a point to visit many other places in Scotland that were rich in history and fascinating to see,” Murtagh said. “They included Stirling, Inverness, St. Andrews, Dundee, Carnoustie, Oban, Arran Island, and the Isle of Mull. This was one of the most exciting parts of my experience over there.”

Murtagh received his diploma from UWS after completing a media project over the summer and would like to eventually teach classes in Appalachian studies. Murtagh retired as a captain from in the Coast Guard after serving 27 years. Currently, he works as a consultant in the Washington, D.C., area while continuing to attend Shepherd.

For information about the University of the West of Scotland/Shepherd University partnership and studying abroad in Scotland for a semester, contact Dr. Sylvia Bailey Shurbutt, coordinator, Appalachian Studies Program, at sshurbut@shepherd.edu. 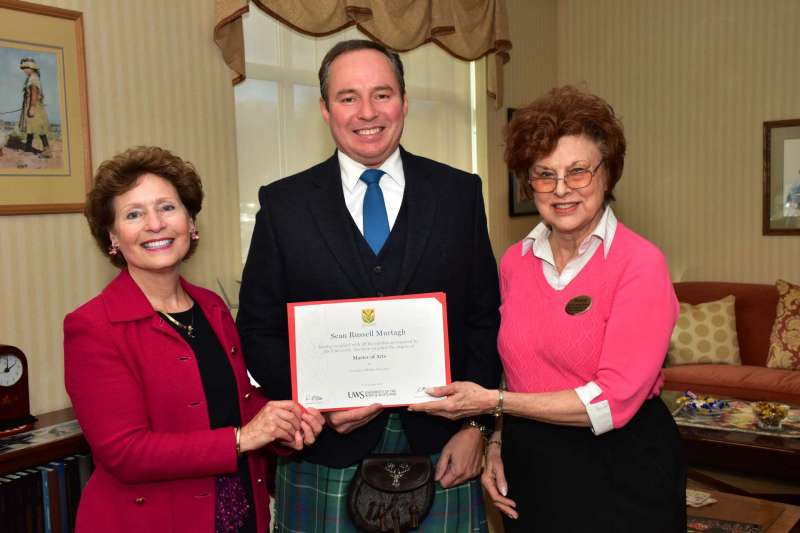