SHEPHERDSTOWN, WV — A counselor and a graduate student are the first to receive the Shepherd University Phenomenal Woman awards sponsored by the Office of Multicultural Student Affairs. Rhonda Jackson, counselor and sexual assault response coordinator, and Emily Ewoldt, a graduate assistant who oversees disability support services, were presented awards during a ceremony on March 30.

“The award was started to recognize women on our campus for all the hard work that they do and all that they contribute to our society,” said Jose Moreno, assistant dean of student affairs.

Moreno said the ceremony took place in conjunction with women’s history month, and the award is based on Maya Angelou’s poem “Phenomenal Women.” Jackson and Ewoldt were chosen from among seven women who were nominated based on their contributions to the Shepherd community, noteworthy accomplishments, and character traits as a role model. Moreno said the Phenomenal Woman award will be given out annually to one student and one faculty or staff member.

Jackson has been the driving force behind Shepherd’s sexual assault and interpersonal violence campaign, 3D Thursdays, where every Thursday during the semester she and a group of students fan out across campus handing out buttons and information on the importance of stopping interpersonal violence.

“I was completely blown away and also humbled by it because the work I do with students is connected with so many other people in student affairs and academic affairs,” Jackson said. “I really feel like I’m just one small piece in this amazing puzzle that’s Shepherd.”

Ewoldt, who is a graduate student, took over as interim coordinator of disability support when her supervisor retired.

“I think it’s a huge honor,” Ewoldt said.  “[Being the coordinator] was a big task for a graduate student.”

Ewoldt graduates next month and said the experience she’d gained at Shepherd will benefit her as she looks for a job in higher education. 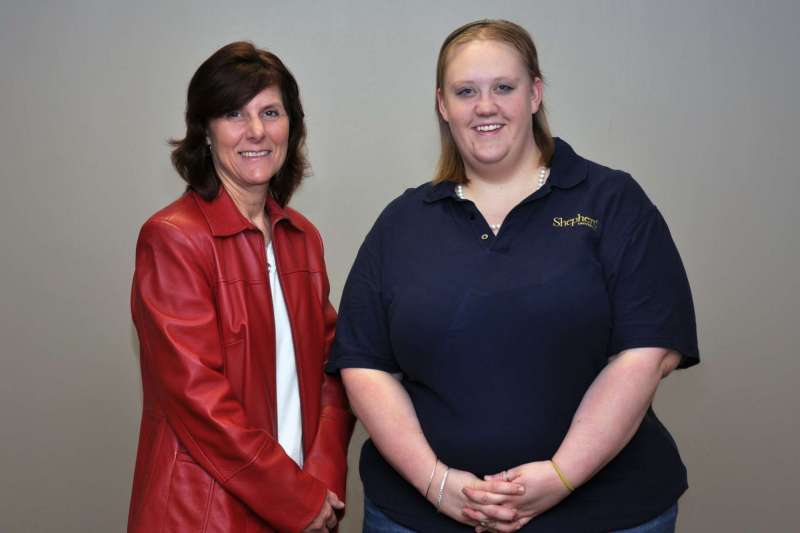 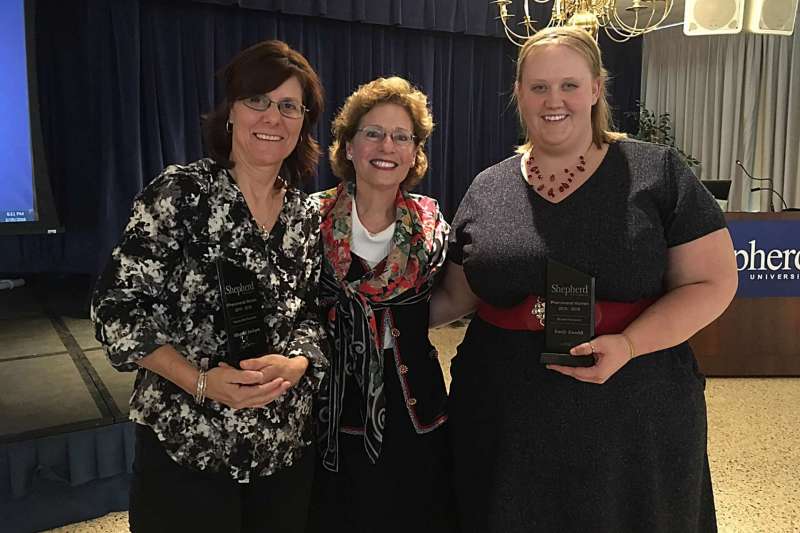