SHEPHERDSTOWN, WV — Shepherd University’s Faculty Research Forum continues on Monday, February 13, from noon-1 p.m. in the Robert C. Byrd Center for Congressional History and Education auditorium with a lecture that focuses on collaborative art. David Modler, assistant professor of art, will give a lecture that is free and open to the public titled “tet[R]ad: Draw and Play Here Initiative.”

Tet[R]ad is a project developed by Modler and Sam Peck, an art teacher in Maryland’s Anne Arundel County Public Schools, that encourages people to work together to fill a small sketchbook with originial artwork. When Modler does professional development workshops for school systems and at conferences, he invites people to participate in the project by giving out sketchbooks donated by Canson Papers in which he has already added some artwork. Participants can either exchange the book by mail with him or with another person of their choosing.

“The whole idea is it’s a dialogue between people and the book is a truly a collaborative space,” he said. “We’re interested in how art is not just about an image on a wall or a picture in a book, but it’s also about that space between you and a collaborator.”

During the Faculty Research Forum, Modler will talk about how tet[R]ad came about and how the project can teach artists and art teachers that art, which is often viewed as a solitary endeavor, can become a collaboration between two or more people.

“It’s very easy for an artist to become isolated,” he said. “I feel like one of the benefits is learning how to let go a little bit—to think about artmaking as not so much of a precious thing, that it’s okay to make mistakes, and it’s okay to figure out how to correct those mistakes without ripping the page out. I like that there is this kind of collaboration.”

Tet[R]ad is also intended to offer an alternative to the technology and social media that pervades society.

“It’s definitely in reaction to the proliferation of social media and how easy it to have 2,000 so-called ‘friends,’” Modler said. “I’ve also noticed that with the introduction and proliferation of technology, we tend to use it not so much because it’s the best platform but because we can. I question that necessity to a degree. I think there’s something more intimate and more personal in that idea of exchanging a book with someone. It’s almost taking people back to being pen pals.”

While tet[R]ad is meant to be an alternative to technology, Modler uses the social media sites Tumblr, Instagram, Twitter, and Facebook to post imagery and promote the project. He and Peck have also begun offering gallery shows that display some of the journals and give people the opportunity to add to them or create art on a blank wall space.

“It’s all about getting people engaged in the art, interacting, and being part of what’s going on rather than just coming in, looking at it, and going home,” Modler said.

Modler, who coauthored two books about visual journaling, estimates close to 500 people are participating in tet[R]ad and he personally exchanges journals with about 125 people. 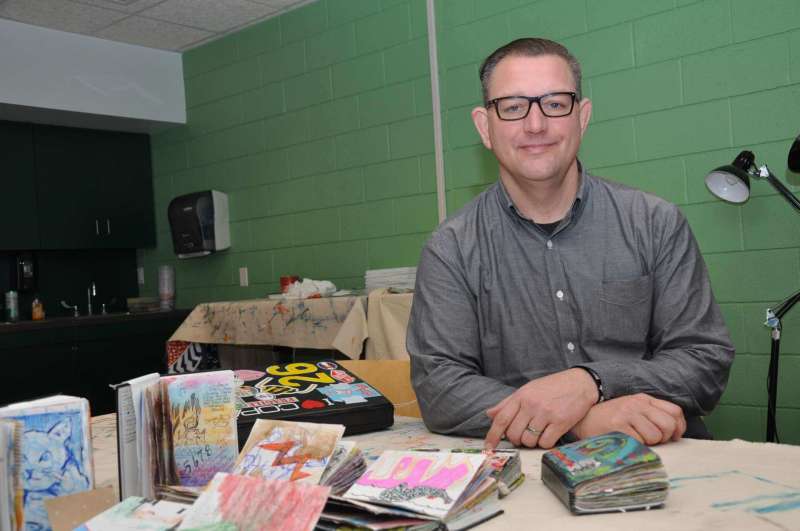 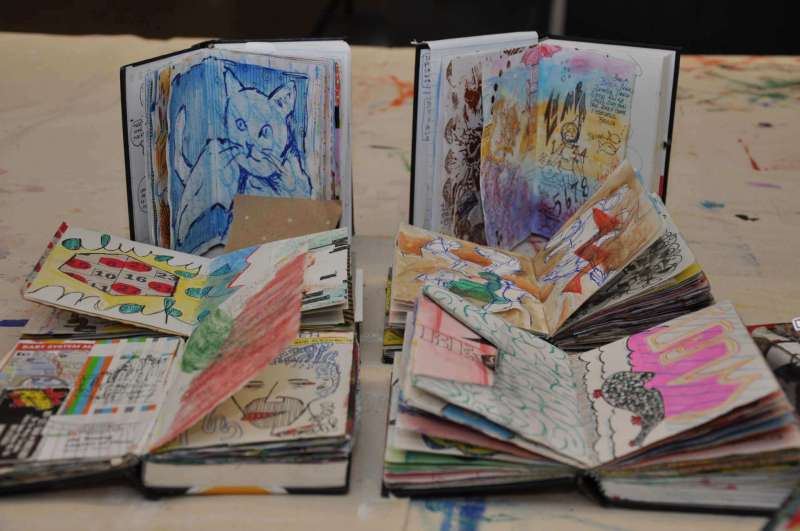