SHEPHERDSTOWN, WV — Shepherd University’s Model United Nations team was scheduled to compete March 26-28 in the Southern Regional Model United Nations Conference in Charlotte, North Carolina, but the event was canceled due to COVID-19 pandemic restrictions. While the Model UN team was unable to attend, Shepherd’s Angolan delegation still came away the winner of Outstanding Position Papers at the conference.

Dr. Aart Holtslag, global studies director and Model UN advisor, said teams of students were assigned to represent Angola and Liberia. In preparation for the conference, the teams wrote position papers for their committees that were submitted two weeks before the conference started and were evaluated by the staff.

“Attendance at the conference would have been the culmination of a full semester of preparation in research, writing, practicing negotiation, public speaking, coalition building, and rules of procedure,” Holtslag said. “Although the students are very disappointed that they did not get to negotiate for three days and nights, they achieved a tremendous accomplishment.” 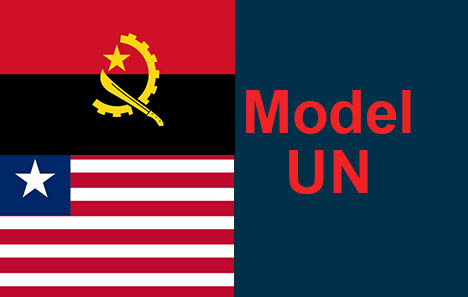