Messenger awarded fellowship with the Virginia Center for the Creative Arts

SHEPHERDSTOWN, WV — Dr. Carrie Messenger, assistant professor of English at Shepherd University, has been awarded a three-week fellowship at the Virginia Center for the Creative Arts (VCCA) to pursue her fiction writing in May.

It will allow her to focus on that writing which takes a backseat to that of her students during the school year. She said by summer her brain and notebook are jammed with ideas.

“I think I’ll be recharged,” Messenger said. “Being in a position where you are teaching but not necessarily practicing what you preach can sometimes make me feel like a fraud, so after this next academic year I won’t feel like that, that I’m a fraud. I’ll be able to say I lived the life for those three weeks. I just want the students to think I’m very cool.”

It is the first residency for the creative writing professor who will be working on a series of short stories. She said she knew she wanted to be a writer since she was a kid and learned how to read.

“Once I figured out that somebody had written what I was reading, I realized I wanted to do it, too,” she said.

She hopes to get twice as much work done as she would at home with her two young daughters and everyday tasks to distract her.

Messenger said she is looking forward to talking with other residents who work in fields different from her own. At Shepherd she is one of the faculty advisors for “Sans Merci,” the student literary magazine and works with the art department to produce it.

“I like the Shepherd students. It’s true–getting to work with students who are excited and engaged is really great,” she said.

The VCCA is located in Amherst, Virginia, in the foothills of the Blue Ridge Mountains and serves roughly 350 artists a year.

Dow Benedict, dean of the School of Arts and Humanities, said Messenger’s selection in the highly competitive program was a great honor.

“Obvious to anyone who knows Dr. Messenger, she belongs in this rare group, and this is yet another example of the quality of faculty at Shepherd and the esteem they have earned in their profession.”

During their residencies at VCCA each artist is provided with a comfortable private bedroom, a private studio, and three prepared meals a day. Beyond the breakfast and dinner hours, there are no schedules or obligations. Artists are able to be highly productive because the residency provides them the crucial elements they need–time and space to do their work. 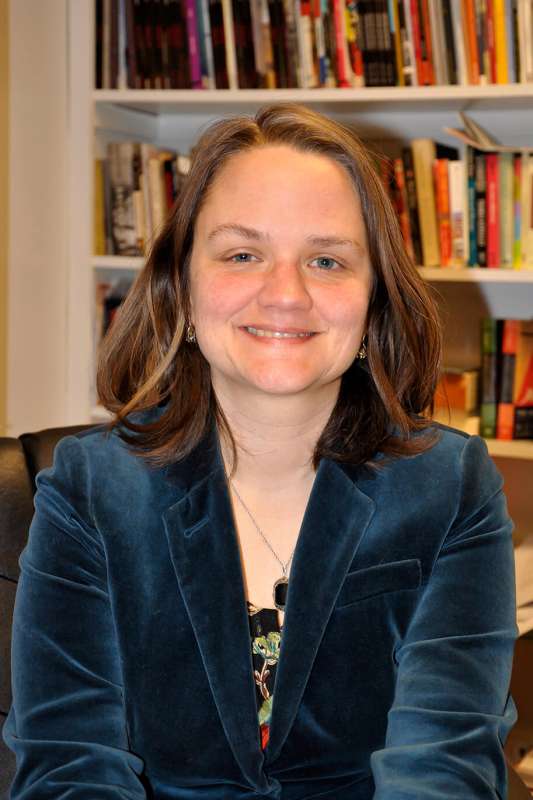