SHEPHERDSTOWN, WV — Shepherd University has established a bronze memorial plaque to honor those professors who have presented the Last Lecture at the McMurran Scholars Convocation each spring. The plaque, located in the Dr. Howard N. Carper Jr. Learning Commons in the lower level of the Scarborough Library, commemorates what amounts to a rollcall of Shepherd’s brightest and best teachers.

The McMurran Convocation Last Lecture was approved by the Shepherd University Faculty Senate in 2008 to honor a retiring or retired professor who had served the university and its students through teaching, scholarship, and/or service to the campus and community. Dr. Sylvia Bailey Shurbutt, who chaired the McMurran Committee in 2008, came up with the idea for the Last Lecture, which she calls a unique opportunity to share with McMurran Scholars the wit and wisdom of the best in the higher education teaching profession, as well as an occasion to honor an extraordinary group of young scholars who are just setting out on their journey in the learned professions.

“We had a tradition of inviting a national figure to give the keynote to McMurran Scholars, with no one ever truly satisfied with the outcome,” Shurbutt said. “The year after I was asked to chair the McMurran Scholars committee, we decided to ask a retiring professor to give the address. The idea was a hit among students and our colleagues at Shepherd.”

Shurbutt said the bronze memorial plaque honoring university professors who have given the Last Lecture recalls some truly amazing teachers and individuals who made an impact on the University. Dr. Don Henry, professor emeritus of physics, was the first to give the lecture in 2009, followed by Dr. Charles Carter, professor emeritus of English, in 2010.

McMurran Scholars are usually inducted during a ceremony in April for what is the highest academic honor awarded at Shepherd. Criteria includes maintaining a minimum 3.86 quality point average, being nominated by a minimum of three faculty members, and being approved by the faculty at large. Shepherd faculty created the award of McMurran Scholar in 1961. It is named for Joseph McMurran, Shepherd College principal from 1872-1882, who always regarded his role in establishing Shepherd as the most important achievement of his life.

For more information about McMurran Scholars and the Last Lecturer, visit https://tinyurl.com/yxcn3nml. 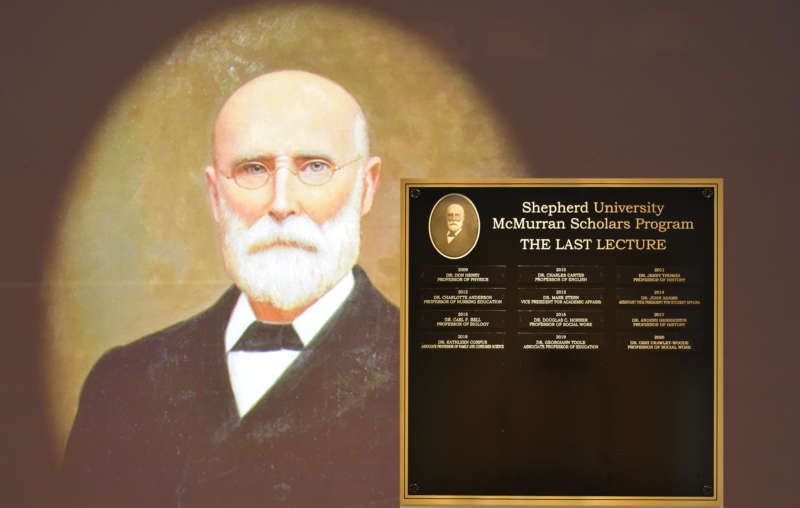 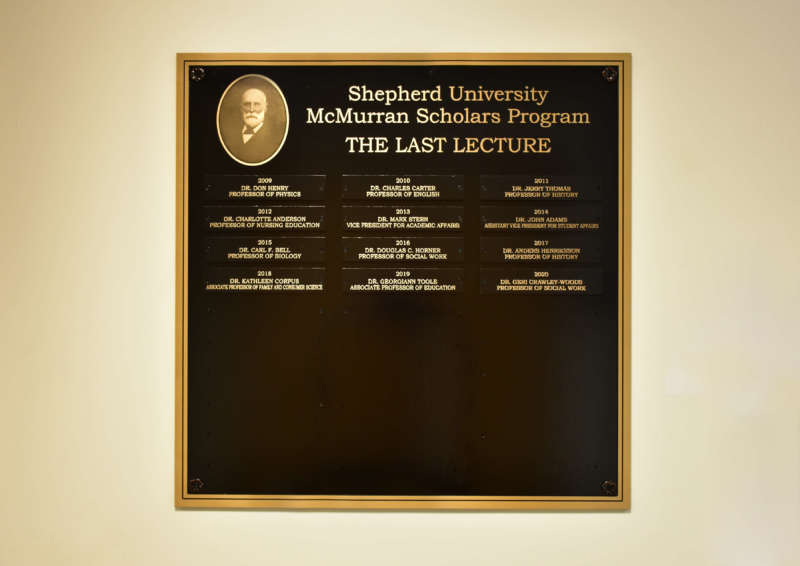