English composer John Rutter was director of music at Clare College, Cambridge, England, and founded the Cambridge Singers. The Voices of Mel Olson (now the MasterSingers) of Omaha, Nebraska, commissioned “Gloria,” which premiered in May 1974 in Omaha in a performance conducted by Rutter.

Bernstein’s “Chichester Psalms” was commissioned for the 1965 Southern Cathedral Festival in Sussex, England, and was premiered in the Philharmonic Hall in New York City with Bernstein conducting. Dr. Kurtis Adams, assistant professor of music and director of jazz studies, will lead the jazz ensemble during the performance.

Seven-time Grammy award-winning composer Paul Winter’s “Missa Gaia—Earth Mass” was commissioned by the dean of the Cathedral of St. John the Divine in New York City. It is performed there every year on the first Sunday in October during the Feast of St. Francis and the blessing of the animals. The work combines sounds from nature with vocals and instrumental music.

The Masterworks Chorale, under the direction of Dr. Erik Jones, associate professor of music and director of choral activities, is a vocal ensemble with more than 130 singers, including Shepherd vocal students and members from the surrounding community. The chorale presents two full-length productions of great masterpieces from choral literature every year and appears at Shepherd University’s Annual Holiday Gala Concert. For more information, call 304-876-5555 or visit www.shepherd.edu/music. 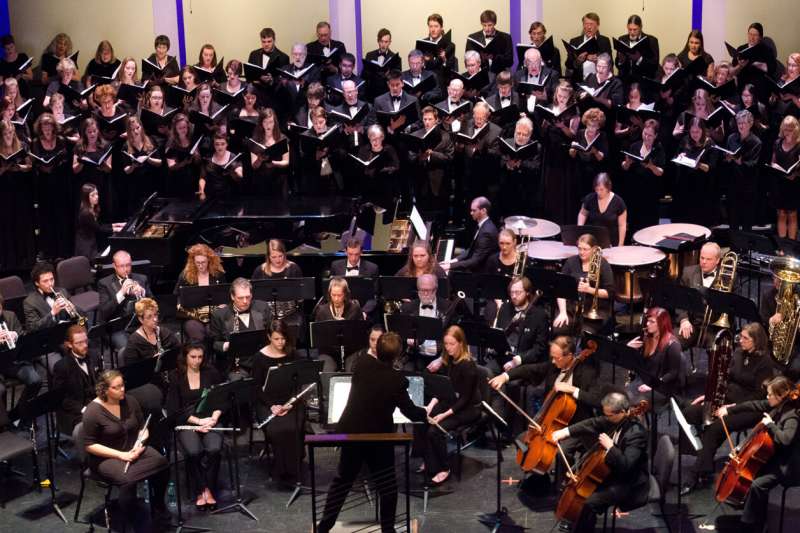