SHEPHERDSTOWN, WV — The Masterworks Chorale, Shepherd University’s vocal ensemble under the direction of Dr. Rachel Carlson, assistant professor of music, will present three Baroque masterpieces, G. F. Handel’s Coronation Anthem “The King shall rejoice,” J. S. Bach’s “Cantata no. 150,” and J. S. Bach’s “Mass in G major” on Saturday, November 10, at 7:30 p.m. in the Frank Center Theater. A professional orchestra will join the Masterworks Chorale and this concert will feature solos by some of Shepherd’s vocal students.

“The King shall rejoice” is one of four anthems Handel composed for the coronation of King George II and Queen Caroline in 1727. It uses a text from Psalm 21, and Handel set each of the four sentences and the final Allelujah as separate musical sections. “Nach dir, Herr, verlanget mich” (For Thee, O Lord, I long) BWV 150 is an early church cantata by Johann Sebastian Bach composed for an unknown occasion. It is unique among Bach’s cantatas in its sparse orchestration and in the independence and prominence of the chorus, which is featured in four out of seven movements. The text alternates verses from Psalm 25 and poetry by an unknown librettist. Known as a Missa brevis, meaning brief Mass or Lutheran Mass, Bach’s “Mass in G Major” is largely based on his own earlier cantatas.

Carlson is director of choral activities at Shepherd and conductor of the Shepherd University Chamber Singers, Camerata Soprano/Alto Choir, and Masterworks Chorale. Carlson founded and serves as artistic director of Six Degree Singers, a community choir based in Silver Spring, Maryland, and serves as assistant conductor of the Washington Master Chorale. In 2014, Carlson was nominated for a Wammie (Washington Area Music Award) for best Classical Conductor/ Director. Carlson has toured extensively with professional choirs across the country, appearing as a soprano soloist with the Washington Master Chorale, Washington Bach Consort, Santa Fe Desert Chorale, Oregon Bach Festival, True Concord Voices and Orchestra, Vox Humana, and Washington Revels, and as a professional choral singer with Conspirare and the Manhattan Chorale.

The Masterworks Chorale is a vocal ensemble with more than 100 members and made up of Shepherd vocal students and members from the surrounding community. Masterworks presents two full-length concerts per year of great masterpieces from choral literature.

General admission for “Baroque Masterpieces” is $15; $10 for faculty, staff, Shepherd alumni, senior citizens, and students 18 and under; and free for Shepherd students with a valid Rambler ID. Admission and seating is first-come, first-served and there are no advance sales or reservations. The box office opens one hour prior to performance. For information, call 304-876-5555 or www.shepherd.edu/music. 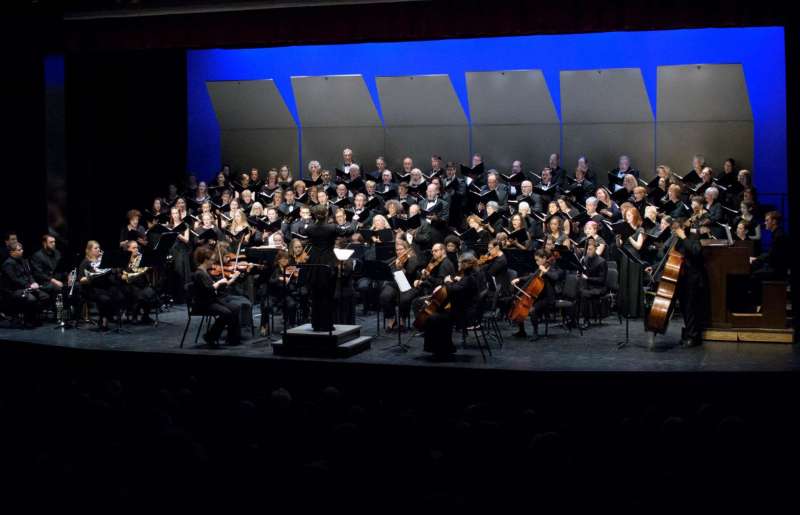