SHEPHERDSTOWN, WV — After being at Shepherd University for one week, Dr. Sylvia Manning is settling in to her new position as interim president. Manning said her first impression of Shepherd is very positive.

“It’s an attractive campus and it has a beautiful setting,” she said. “As I’ve gotten know people, I think it’s a place where people are really dedicated to what they’re doing and really care about the students. It’s a place that exemplifies a lot of what makes it so wonderful to work in higher education.”

Shepherd’s Board of Governors contracted with the Registry for College and University Presidents to find Manning. She chose to apply for the interim presidency at Shepherd after turning down opportunities to apply to a number of other colleges. She said the university’s profile appealed to her.

Manning said she also likes Shepherd’s size and location. Manning, who is a native of Montreal, Canada, holds dual U.S. and Canadian citizenship. She earned a Ph.D. and an M.A. in English language and literature from Yale University and a B.A. in English from McGill University.  She holds honorary doctorates from Northeastern University and Rosalind Franklin University.

While Manning served as an interim chancellor in Chicago, she said taking the temporary job at Shepherd is different because she is not applying for the permanent position.

“Unlike in Chicago, here very central to the deal is that I’m not a candidate,” she said. “I won’t become a permanent president, and the institution won’t ask me. That makes this something I’ve never quite done before.”

Manning thinks being in the position temporarily might be beneficial because she can make decisions without having any long-term personal interest.

Manning will spend between five and 11 months as Shepherd’s president, which means she faces a steep learning curve. She pointed out that a permanent president can take the time to listen and learn for a couple of months, but she has to bone up on everything really fast if she’s going to do anything useful.

“What it’s forcing me to do is to focus,” she said.

Manning doesn’t have a complete list of goals yet, but Shepherd provided a document stating what it expects from an interim president—so she has some guidance.

“Right at the top it talks about the need to keep the institution going forward in this period,” she said. “A lot of it has to do with making sure the institution doesn’t lose momentum.”

Manning also looks forward to spending more time in Shepherdstown, which she said has a lot of character. 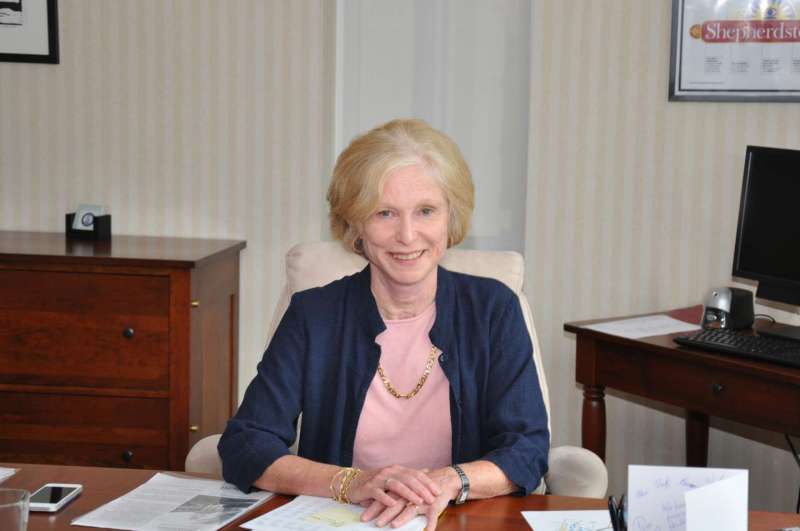