Lyon is a semifinalist in statewide business plan competition

SHEPHERDSTOWN, WV — A Shepherd University business major made it to the second round of the annual West Virginia Collegiate Business Plan Competition. Brent Lyon, of Harpers Ferry, will compete in the semifinal round on November 11 at Concord University.

The competition, which has taken place since 2008, gives students registered in the state’s two- and four-year colleges and universities the opportunity to make their business dreams come true. Winners in the categories of Lifestyle and Innovation, Hospitality and Tourism, and STEM/Technology will compete for grand prize packages of $10,000 in cash, accounting, legal, and virtual or physical incubator space.

“It seemed like a great opportunity to further develop the work that I have been doing for several years,” Lyons said. “I’ve been interested in entrepreneurship for over three years and this was my first chance to put to use what I’ve been learning in the classroom.”

Lyon is pitching a company called Aabra, which is in the Hospitality and Tourism category. He describes it as a different kind of travel guide that utilizes virtual reality and software tools.

“It will connect people, places, and culture through immersive experiences,” Lyons said. “I think this enterprise will help people reconnect with that youthful desire for belonging as well as for fascination with the world around them and the people who occupy it.”

Lyons said Aabra is geared toward people who are independent and who like to travel solo or in pairs. His business plan includes developing a website.

Mike Daily, adjunct instructor of business administration, is mentoring Lyons as he prepares for the next round of competition.

“Brent did a great job in picking the travel industry,” Daily said. “If you look at the travel industry today, there isn’t a whole lot of technology involved in it. What Brent is suggesting is an interactive, immersive experience, which is unique in that industry.”

Daily said 17 individuals and teams from Shepherd competed in the first round of the competition. Whether they win or not, he said they gain a lot by getting feedback from the judges.

“Anybody can write a business plan,” Daily said. “It’s another thing to present it and defend it. It’s just a great overall experience and for those who are really into being an entrepreneur, it gives them immediate feedback, something they would not get unless they actually opened the business.”

Lyons is getting ready for the semifinals by preparing a feasibility study and polishing his presentation.

“I am super excited about going to the semifinals,” he said. “This is brand new for me, so it’s going to be really informative and exciting regardless of what happens.”

The students who make it through the semifinals will compete for the grand prize in each category on April 21, 2017, at West Virginia University. 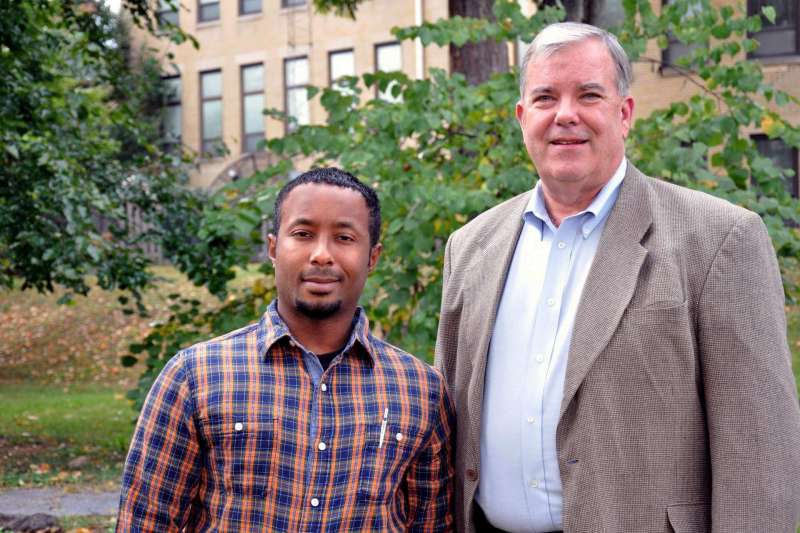