SHEPHERDSTOWN, WV — Students in Dr. Christopher Lovelace’s biopsychology class get an inside look of sorts at what goes on inside the head of Shepherd University’s mascot, the ram. Each semester Lovelace, assistant professor of psychology, dissects a sheep’s brain to give the students a three-dimensional look at how the mammalian brain operates.

“We want to understand behavior from a biological perspective so it’s important that the students have a general understanding of the structure of the human brain and where everything is in relation to everything else,” Lovelace said.

Before he does the dissection, Lovelace spends time going over the parts of the brain and what their function is.

“Because the brain is a three-dimensional structure and all of the pictures I’m showing them on powerpoint are two dimensional, it’s very difficult to get an idea of where these things are in relation to each other,” he said.

Wearing a white lab coat and latex gloves and using surgical tools, Lovelace dissects the brain on a small table in the front of the classroom. A student volunteer holds a video camera to project the dissection on a large screen while Lovelace takes the brain apart and talks about the various pieces, which are roughly in the same place as they are in the human brain.

Lovelace said sheep’s brains are similar enough to the human brain to be a good teaching tool, and at about $9 a piece, they are relatively inexpensive. He said the exercise gives students a tutorial on the bare basics of brain anatomy. That makes it easier to discuss how each part functions.

“When I tell them later on that the basal ganglia are involved in movement in Parkinson’s, I can say ‘remember when we did the sheep’s brain dissection, I showed you the basal ganglia beneath the cortex.’ So it gives them a point of reference going forward for where all these different functions are,” Lovelace said. “When we talk about memory and the hippocampus, they will have seen the sheep’s hippocampus.”

Lovelace began using sheep’s brain dissection in graduate-level psychology classes he taught before he came to Shepherd in 2011, but had those students did their own dissections. He introduced dissection into his Shepherd class about two years ago.

“Because I have 25-28 students and we don’t have the facilities students can’t do their own dissections. That’s why I do it and they watch,” he said.

It’s a voluntary class, so students who are squeamish can opt out. Lovelace said not many do.

“I have a pretty packed house whenever I do the sheep’s brain dissection,” he said. “They think it’s very cool to get to see this little tiny organ that made that sheep go. At the end of class I’ll invite them to come up and they can handle the dissected pieces of brain and see what they look like.”

Michael Brown, a biology major from Brandywine, Maryland, donned latex gloves and took Lovelace up on the offer to handle the brain. Brown said it did not feel the way he imagined it would.  He said watching the dissection really helped him understand better how brains work.

“I’ve never seen a brain in person before,” Brown said. “When he talks about it in class, it’s on paper. You can kind of get a general idea of where everything is, but seeing him dissect it is a 3D kind of thing.”

Jenine Taylor, a psychology major from Purcellville, Virginia, chose not to handle the brain, but says the class was definitely worth attending.

“It helps to have the diagrams and the lecture but seeing a brain in real life is different,” she said. “To actually know what it looks like, to compare the size and shape, and to compare it to the human brain helps.”

Listen to the interview with Dr. Lovelace HERE. 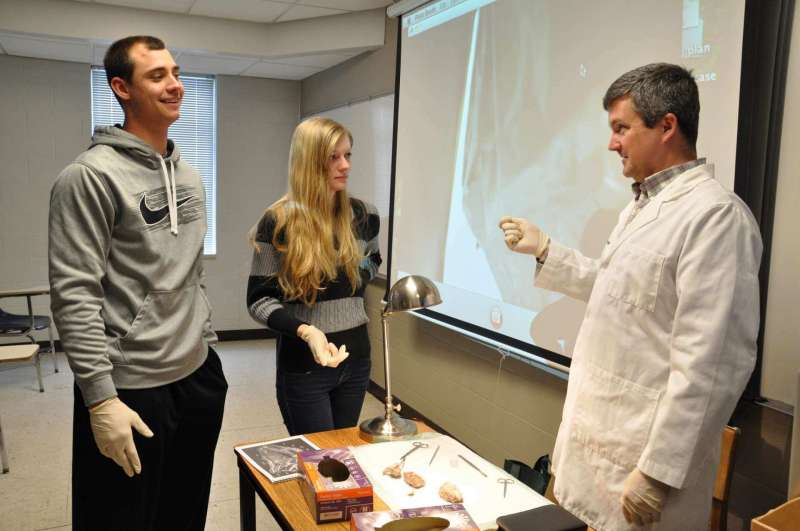 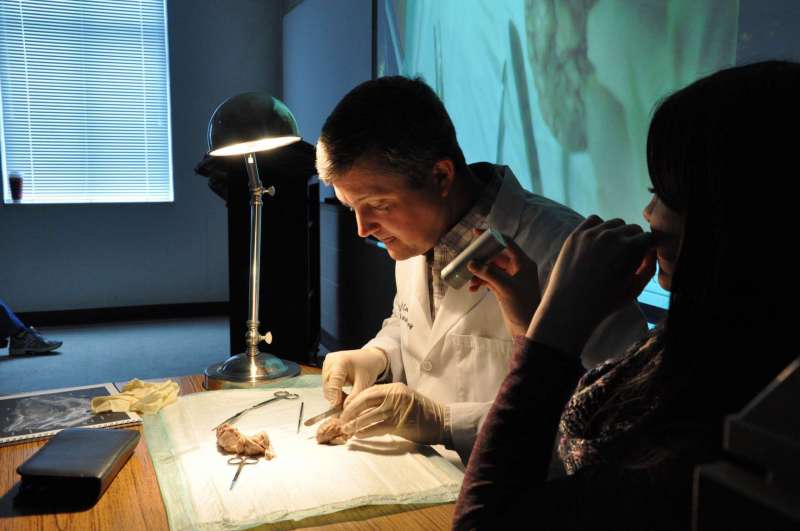 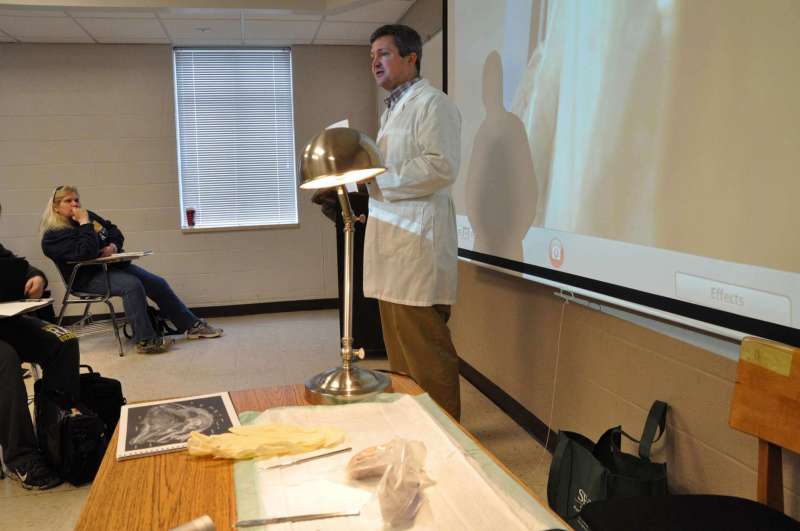 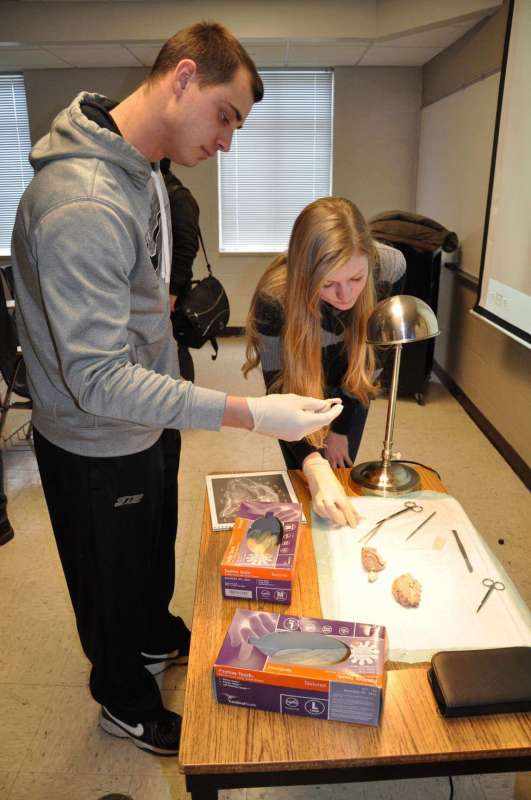