SHEPHERDSTOWN, WV — A recent graduate of the United States Naval Academy from Inwood and his wife have a special connection to Shepherd University President Mary J.C. Hendrix. Ensign Casey Densmore received the Captain Charles N.G. Hendrix Oceanography Award, which is named for President Hendrix’s father, who is known as the Father of Naval Oceanography.

The award, a regulation officer’s dress sword, was presented to Densmore during the Prizes and Awards ceremony on May 24 at the Naval Academy.

“For certain ceremonies, officers are required to wear swords on their uniforms,” Casey said. “It’s not required for junior officers, but once you get higher in rank, you are required to have a sword ready for ceremonies and other purposes.”

The Hendrix Award is presented annually to a graduating midshipman enrolled in the oceanography major who demonstrates outstanding achievement in the oceanography courses, in the overall academic program, and in the completion of a scholarly research paper in the field of oceanography, with an emphasis on naval applications.

The Hendrix Award was first given in 1967 to commemorate Captain Hendrix and the students he devoted himself to teaching. Captain Hendrix was a 1939 Naval Academy graduate who, after retiring from the Navy in 1965, taught oceanography at the academy. The Hendrix Oceanography Laboratory, where Densmore had many classes, is named in his honor.

“To be selected for this award is a huge honor,” Densmore said.

But the connection to President Hendrix runs even deeper. Densmore and his wife, Shepherd secondary education major Hannah Nadenbousch Densmore, also of Inwood, were married in the Naval Academy Chapel two days after his graduation, which is where Hendrix’s parents were married.

“My father and mother would be extremely proud to know that Casey and Hannah are following in their footsteps with a special affinity for the Naval Academy and West Virginia,” said President Hendrix, who recently met with the couple.

“It was so cool to see the pictures of Dr. Hendrix’s parents in the same place that we were standing in the exact same pose in front of the steps,” Hannah said.

“It was a perfect day. The best day of my life,” Casey added.

Hannah and Casey met in high school. He graduated from Musselman in 2014 and she in 2015. Casey will now go on to earn a master’s degree at the Joint Program in Oceanography at the Massachusetts Institute of Technology and Woods Hole Oceanographic Institute. Hannah will finish earning her bachelor’s degree at Shepherd. After graduation, the couple plans to move to Pensacola, Florida, where Casey will enter flight school, and Hannah hopes to work as a middle school science teacher or high school biology teacher.

“It was indeed a privilege and a pleasure to meet two, effervescent, young professionals starting their lives together—with ties to my father’s alma mater and my alma mater, Shepherd University, where my mother worked for more than 30 years,” said President Hendrix. 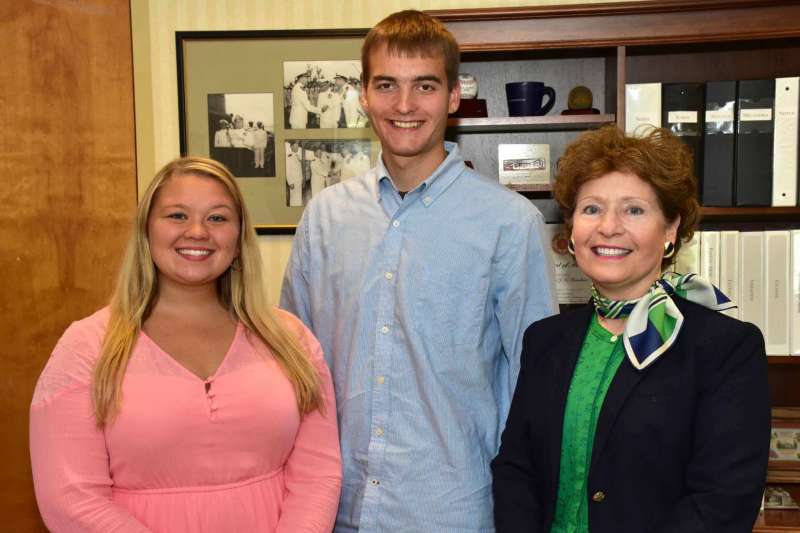 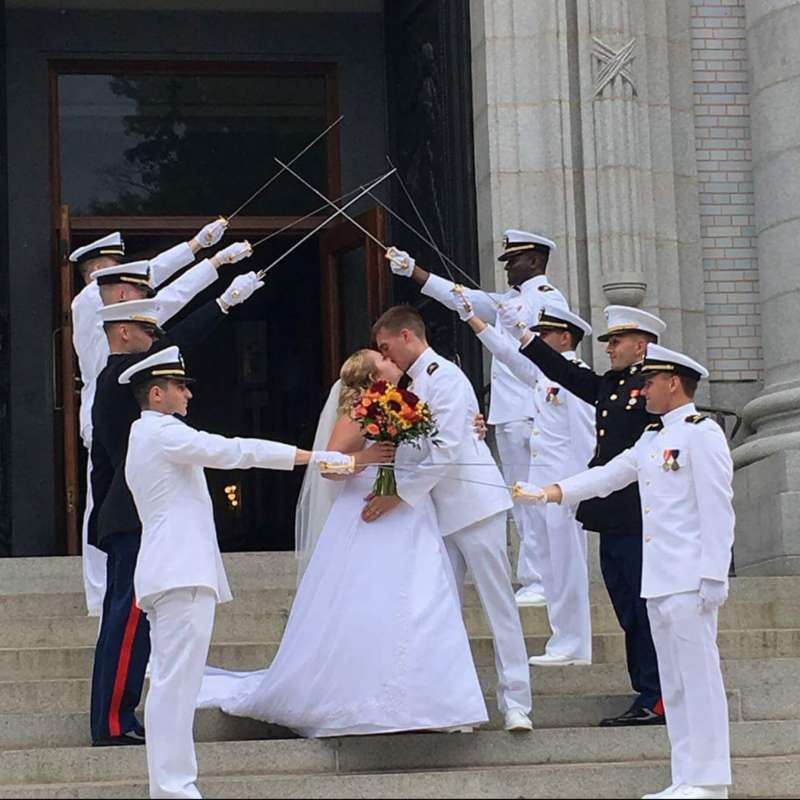 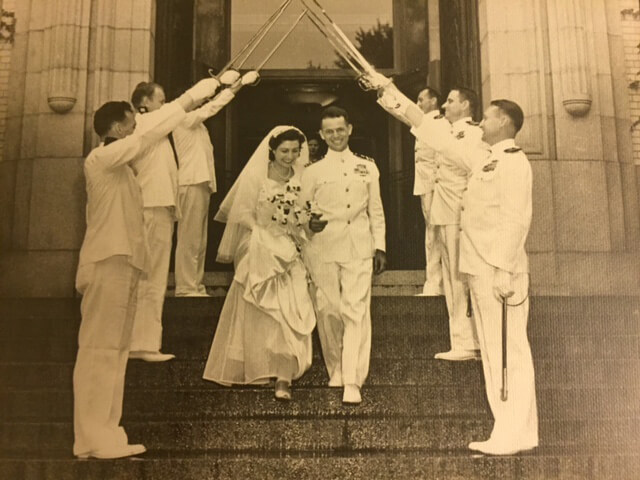