Hootsuite University is an online education and certification program offered by Hootsuite, the social media management firm headquartered in Vancouver, British Columbia, Canada, that offers a widely used platform for managing social media. Kushin has incorporated Hootsuite University into his social media class since he started at Shepherd in 2012. Students who take the self-directed, online course get access to Hootsuite software during the semester, as well as video lectures and tutorials on how to use social media. Kushin said the students receive a certification when they complete the course.

In the study Kushin, along with Dr. Emily S. Kinsky of West Texas A&M University, Dr. Karen Freberg of the University of Louisville, Dr. Carolyn Kim of Biola University, and Dr. William Ward of Syracuse University, looked at whether taking a social media certification program is beneficial to the students and their prospective employers.

“There is a skills gap that’s perceived in the industry regarding students’ preparedness to be able to use social media for professional purposes,” Kushin said. “A lot of our students are digital natives—meaning they live on social platforms—whether that’s Twitter, Instagram, or Snapchat. There is, however, a distinction between using something for self expression and interpersonal communication and understanding how those tools are used in the professional world for relationship building and promotion.”

Between 2014 and 2015, Kushin and his colleagues surveyed 164 students before taking the Hootsuite University course, and 129 of those students participated in a survey after completing the program and becoming certified. Kushin and his colleagues also interviewed employers and gathered data from other professors who use Hootsuite University in their classrooms.

“The students found it to be an important part of learning about social media,” Kushin said. “It gave them a sense of preparedness for their career, a greater understanding of the nuance of social media, and a boost in confidence that they could go out and execute in the real world through internships and jobs. Some students also expressed a feeling that gaining the certification made them more marketable.”

Kushin said professors spoke positively about using Hootsuite University in the classroom and potential employers expressed an interest or a satisfaction with hiring students who had a certification.

“For example, one employer mentioned that it elevated a candidate in an internship job interview,” Kushin said.

The study shows having access to a program like Hootsuite University supplements what students are learning in the classroom and gives them a greater understanding of how professional organizations and businesses use social media. The study was presented at the annual conference of the Association for Education in Journalism and Mass Communication last August in San Francisco where it won the top teaching research paper award from the public relations division. The study was also published in the February 2016 issue of the “Journal of Public Relations Education.” 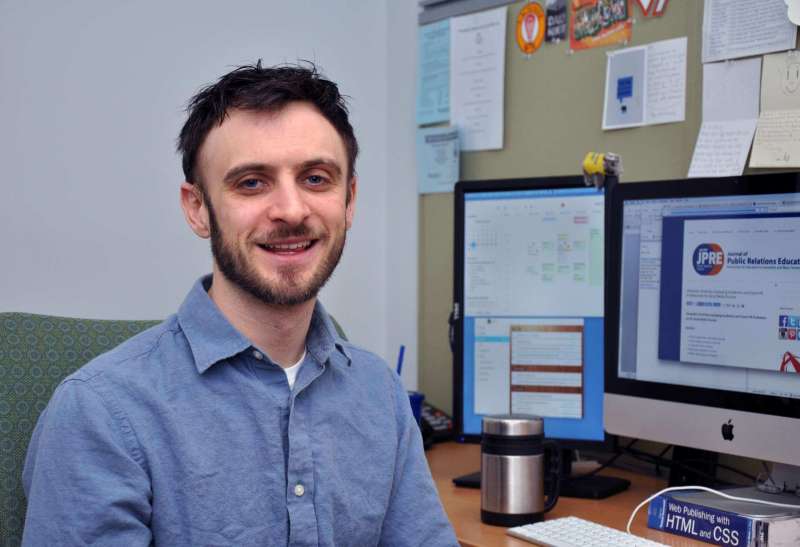