SHEPHERDSTOWN, WV — Shepherd University’s journalism program is sponsoring a lecture by award-winning investigative journalist Robert Parry on Monday, February 15, from 4-5:30 p.m. in the Robert C. Byrd Center for Congressional History and Education auditorium. The event is free and open to the public.

Parry gained national recognition for his coverage of the Iran-Contra Affair, a political scandal that took place in the 1980s during President Ronald Reagan’s second term. In 1985 Parry was the first to report on Reagan White House aide Oliver North’s involvement in the affair, which involved selling weapons to Iran and using the money to help arm right-wing Contra guerrillas in Nicaragua who opposed the Sandinista government there. Parry’s stories on the Contras’ role in cocaine trafficking in the United States led to an internal investigation and a congressional inquiry.

Parry, who worked for the Associated Press at the time, won the George Polk Award for National Reporting  and was nominated for the Pulitzer Prize. After leaving the AP, Parry worked for Newsweek magazine, Frontline on PBS, and Bloomberg News. In 1995 Parry founded the first investigative website on the internet, Consortiumnews.com, with a goal of providing a reliable source for in-depth, well-researched stories that aren’t being reported elsewhere. In recognition of his work, the Nieman Foundation at Harvard University awarded Parry the 2015 I.F. Stone Medal for Journalistic Independence.

Parry has also written several books, including “Fooling America: How Washington Insiders Twist the Truth and Manufacture the Conventional Wisdom” (1992), “Lost History: Contras, Cocaine, the Press & ‘Project Truth’” (1992), “Trick or Treason: The October Surprise Mystery” (1993), “Secrecy & Privilege: Rise of the Bush Dynasty from Watergate to Iraq” (2004), “Neck Deep: The Disastrous Presidency of George W. Bush” (2007), and “America’s Stolen Narrative: From Washington and Madison to Nixon, Reagan and the Bushes, to Obama” (2012). 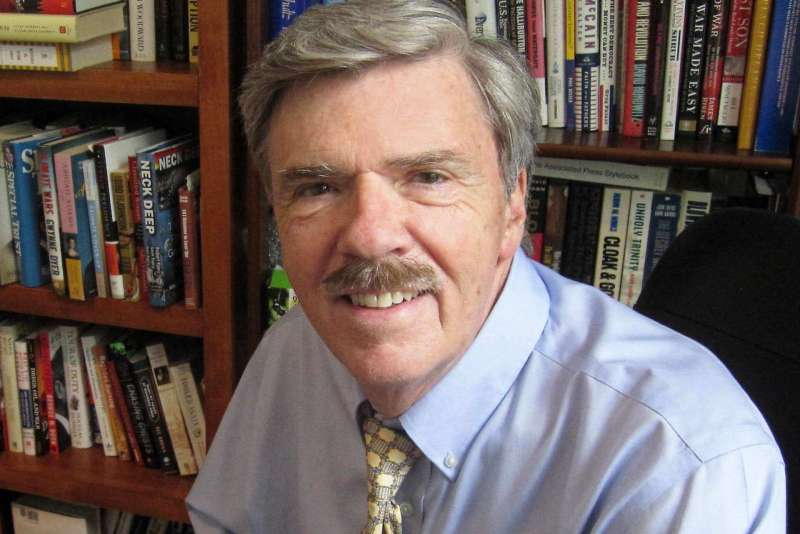