This spring, Dr. Jeff Groff, chair of the Institute of Environmental and Physical Sciences, established two bee colonies in which he installed a prototype frame embedded with 32 temperature sensors. The sensors wirelessly relay information to an online application that Groff developed.

“Bees in the colony are engaged in many different activities, such as taking care of the brood—which are the baby bees (eggs, larvae, and pupae)—food storage, maintenance, and temperature regulation,” Groff said. “This can all be taking place on a single frame in the hive. We expect each of these activities to have different temperature signatures.”

For example, Groff said the brood is kept at a relatively constant temperature between 90 and 95 degrees Fahrenheit.

“If the brood gets too cold, heater bees will start vibrating to warm it up,” Groff said. “If it gets too hot, bees will start fanning to cool it down. They even use evaporative cooling to regulate temperature. Foragers will bring water into the hive, and bees will sit there with little water droplets on their tongues to evaporate.”

The data Groff is collecting should be able to show if brood is present and sufficiently abundant, and thus indicate if the colony has a healthy, productive queen.

Groff said the winter months are the most dangerous time for a bee colony because there’s no food to forage and it’s cold, so the bees cluster together in the hive to stay warm. Using the sensors, he will be able to see a hot spot where they are clustering and determine if they are moving enough to get to their stored honey. Groff said the sensors might be valuable in alerting beekeepers if their bees are going to swarm. This is when a large number of the workers and queen fly away to find a new home once the hive becomes overcrowded.

“There’s probably a temperature signature associated with that behavior,” Groff said. “The pre-swarm activity involves bees doing things like clustering together near the hive entrance and not doing their normal work. There could be an early warning signal that comes out of these types of data. If you know your bees are going to swarm, you can try to prevent it or capture the swarm to start a new colony.”

Starting in the late 1990s, beekeepers noticed the honeybee populations were declining due to factors such as disease, parasites, and pesticide use. Groff hopes the technology he’s developing might help prevent further decline.

“By monitoring the temperatures in a high resolution way, there should be signals that show a colony is weak, giving beekeepers a chance to intervene,” Groff said. “Signs that a colony is getting weak include not putting enough honey away, not preparing stores for winter, or a queen not doing a good job of laying eggs.”

Groff expects students to benefit from working with the bees. He teaches a physical computing class that deals with building electronic sensor systems that can be embedded in an environment to collect data or manipulate that environment. Shepherd’s new concentration in sustainable food production will also incorporate beekeeping, with a goal of establishing an apiary at the university’s Tabler Farm for teaching and research. An environmental geomatics student is planning to do independent research in the fall that will involve streaming data from beehives into online maps.

“The first phase of this research project is to work out kinks in the prototype and build up to a situation where you have multiple frames in a single hive monitoring temperature so you can get a three-dimensional picture of what’s going on,” Groff said.

Groff hopes his work will eventually help advance our understanding of honeybee health and behavior. 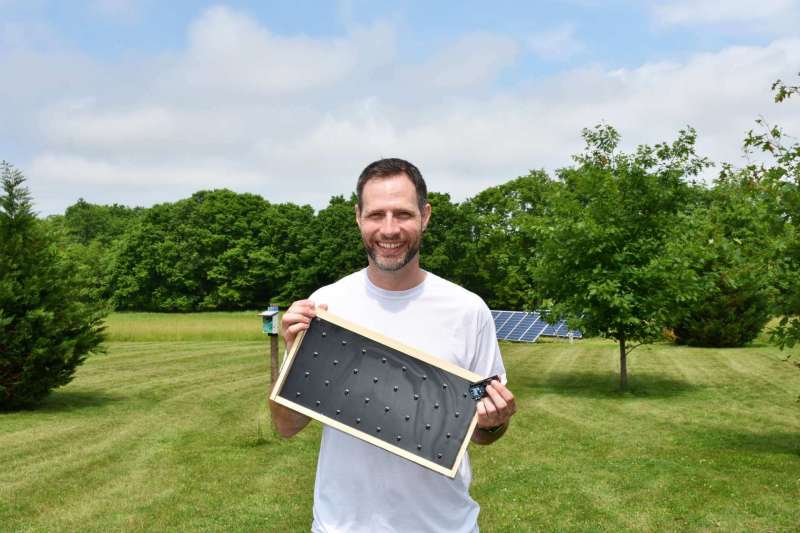 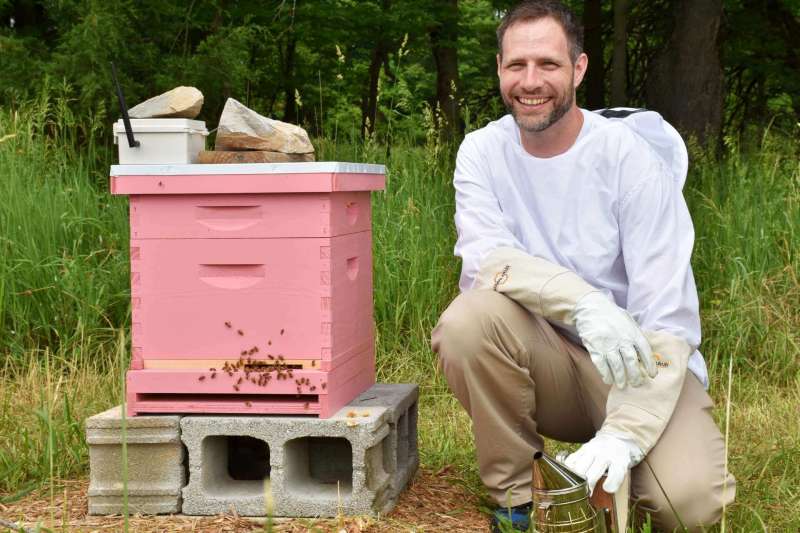 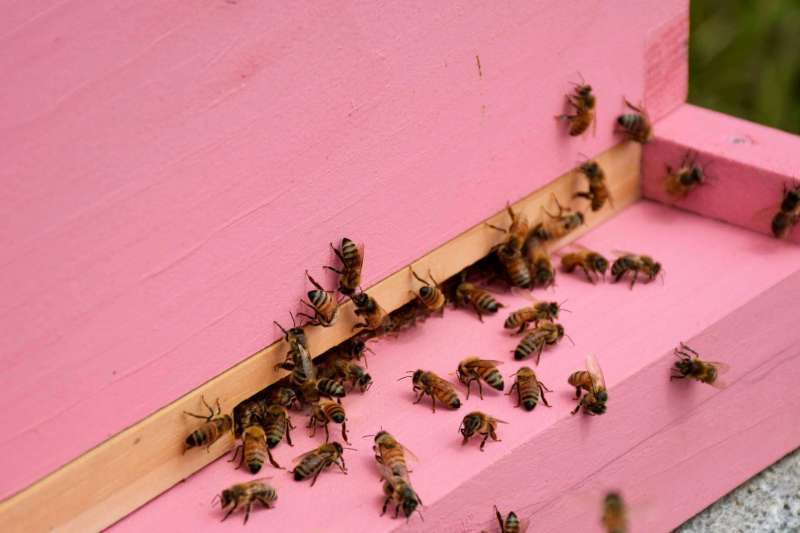 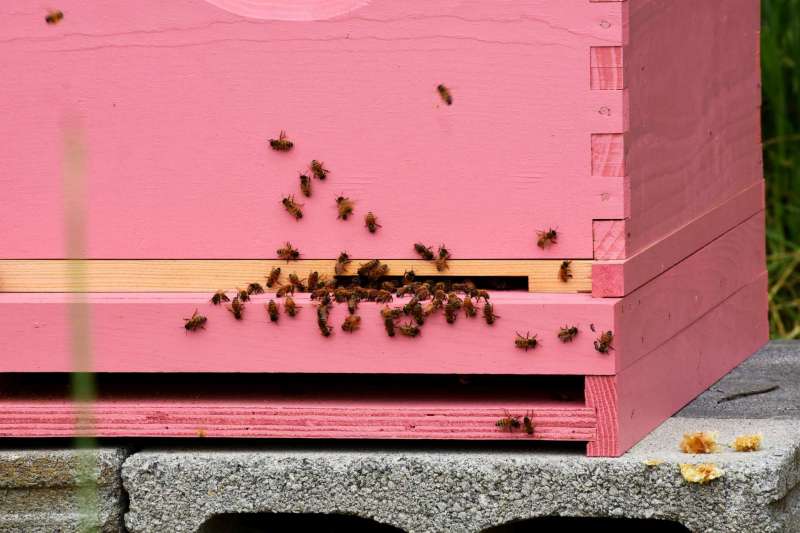