SHEPHERDSTOWN, WV — The Shepherd University Department of Music is hosting a night of jazz at the Frank Center Theater on Thursday, November 10, at 8 p.m. with the Shepherd Jazz Ensemble. A wide range of music will be performed, including works by composers Frank Foster, Marian McPartland, Don Gailey, Kurt Weill, Pat Metheny, Duke Ellington, Sammy Nestico, Neil Hefti, and Jerome Kern.

General admission is $10 for adults; $5 for Shepherd faculty, staff and alumni, seniors citizens, and students 18 and under; and free to Shepherd students with a valid Rambler ID. Admission and seating is on a first-come, first-served basis and reservations are not taken. The box office opens one hour prior to the performance.

The Shepherd University Jazz Ensemble, under the direction of Dr. Kurtis Adams, associate professor of music and director of jazz studies, and Kevin Pace, adjunct music professor, has performed throughout the East Coast and Europe. The Jazz Ensemble was invited to the world-renowned Montreux Jazz festival in 2003 and played throughout Switzerland and Italy on a nine-day concert tour. In 1999, the band toured England and France. In the United States the Ensemble has been featured at the Longwood, Blue Ridge, and East Coast Jazz festivals, as well as at regional festivals throughout West Virginia, Virgina, Pennsylvania, Maryland, Delaware, and New Jersey. The ensemble most recently traveled to Charleston to perform at the West Virginia Music Educators Association (WVMEA) annual conference in March.

Adams has performed with the Colorado Symphony Orchestra, Colorado Music Festival Orchestra, Ultraphonic Jazz Orchestra, Metropolitan Jazz Orchestra, and the 9th and Lincoln Orchestra. In 2005, Downbeat Magazine named Adams College Co-winner for Best Original Composition for his composition “Instable Mate?” and in 2007 he was selected to participate in the Paquito D’Rivera Latin jazz workshop performing with the Grammy-winning saxophonist at Carnegie Hall in New York.

Pace is a winner of the Louis Armstrong Jazz Award and has toured throughout Germany and Austria as well as in the mid-Atlantic. He has performed at the East Coast Jazz Festival, where he returned as an assistant clinician for the 2002 festival and as a member of the Adam Janjigian Quartet in 2004 and 2005. He is also active as a composer and arranger, creating the soundtrack for Elon University’s Global Studies CD-Rom (Carpe Viam Press, 2001) and “How To Carve A Pumpkin” (Beardog Productions, 2004), an independent film by Rady Large. Pace has been a freelance bassist in the orchestra of the Long Leaf Opera Company of Durham, North Carolina, and in pit orchestras throughout the East Coast for musicals such as “Urinetown,” “A Chorus Line,” “The Music Man,” and “Company.” 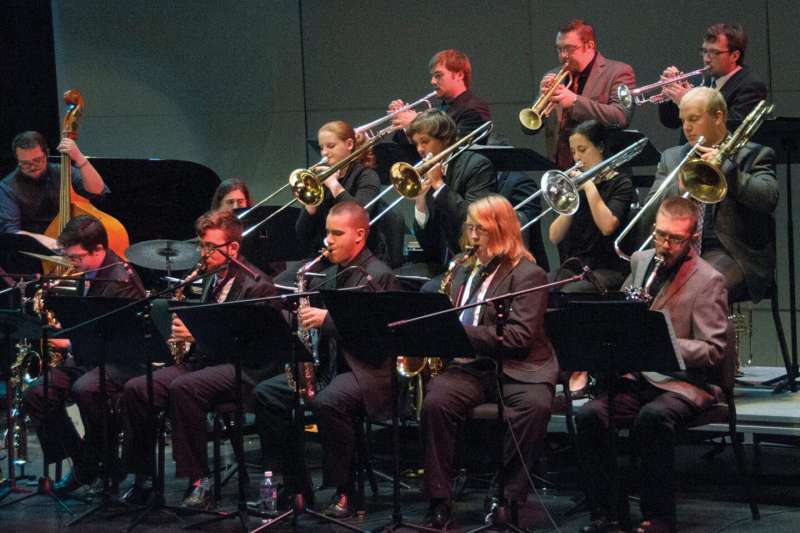