SHEPHERDSTOWN, WV — The Shepherd University Jazz Combos, under the direction of adjunct music professors Kevin Pace and Anthony Pirog, will perform a night of jazz at the Frank Center’s W. H. Shipley Recital Hall on Thursday, March 24, at 8 p.m. Admission is free and the concert is open to the public.

Performing jazz standards by Thelonious Monk, George Gershwin, Charles Mingus, and others will be students Nathan Krevey on trumpet, Chase Remsberg on saxophone, Jordan Bushong-Taylor on vocals, Mary Granofsky on piano, and Anthony Stoika on drums. Pace will perform on bass.

A winner of the Louis Armstrong Jazz Award, bassist Pace has toured throughout the world. He has performed with the orchestra of the Long Leaf Opera Company of Durham, North Carolina, and in pit orchestras for musicals such as “Urinetown,” “A Chorus Line,” “The Music Man,” and “Company.” Pace earned his bachelor’s degree in music from Elon College and a master’s degree in jazz performance at the University of Maryland.

Anthony Pirog has played with many jazz, electronic and improvisational groups along the East Coast and leads several groups of his own. In 2011, the Washington Area Music Association named Pirog Washington’s Best Modern Rock Instrumentalist. In 2012, he was awarded a “Jazzie” by the Washington City Paper as Best Guitarist, and the Washington Post praised his music for its “fusion of talent and creativity.” He was featured in a September 2012 and January 2013 articles in Guitar Player Magazine. 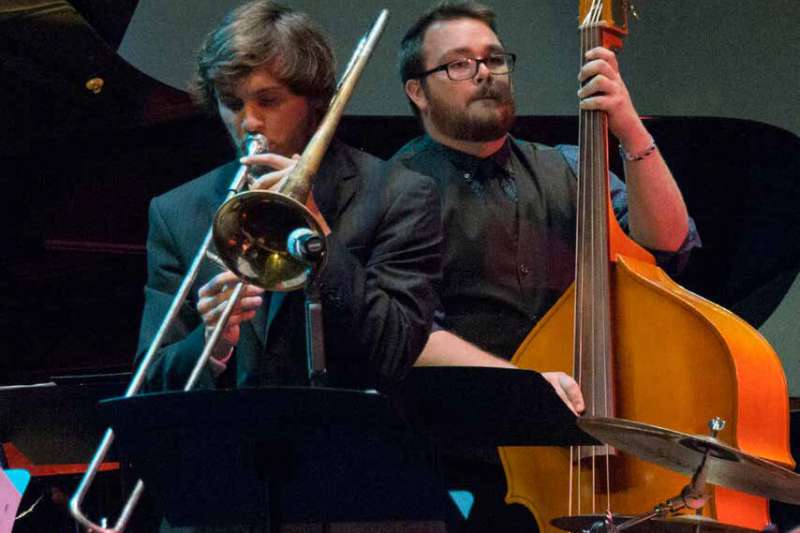