SHEPHERDSTOWN, WV — Two Shepherd University students and a professor started the new school year with a fresh perspective after spending part of the summer in Italy participating in the European Innovation Academy Entrepreneurship Program.

Students Brendan Jarrell, an environmental engineering major from Shepherdstown, and Daniel Nicholls, a data analytics major from Melbourne, Australia, were in Italy July 9-28 participating in the program. Reza Mirdamadi, chair of the Department of Computer Science, Mathematics, and Engineering, attended the last week as an observer.

The European Innovation Academy program is an extreme entrepreneurship accelerator that hosts 500 participants from all over the world. Those who attended formed international teams that worked with mentors on turning their ideas into real companies within three weeks, with a goal of being chosen one of 11 finalists who were able make presentations to investors.

Jarrell and Nicholls worked on separate teams. Nicholls’ team had members from Singapore, Chile, France, and the United States. They worked on an app that allows users to rank anything they like and then uses that data about individual preferences to make recommendations on everything from music to restaurants.

“We came through strong,” Nicholls said. “We made it to the finals, so we got to do our pitch in front of everyone. We also managed to impress people at Nixon Peabody, a big legal firm, and we won a scholarship with them to trademark our name. That’s a real concrete result of this.”

Jarrell worked on a team with members from India, Canada, and the United States on

a product that’s designed to measure the concentration of lead in drinking water. While his team’s project was not selected for the finals, he found the experience invaluable.

“It was amazing to meet all these people from different parts of the world and to be able to come together with a common goal to, in our case, better the environment and better the world with regard to water quality testing,” Jarrell said. “What I gained from the European Innovation Academy was a sense of business know-how. Before I went to the program, I really had no experience with business whatsoever. I learned there is a lot I didn’t know about how to run a business, how to market a business, and how to create a model and a plan that will work efficiently.”

Mirdamadi spent the last week at the academy as an observer. He hopes to incorporate ideas and information he picked up there into his classes.

“It’s a very, very intense program,” Mirdamadi said. “I learned so much in just the last week listening to how to start a project, how to look at the patents, what you need to do to protect your patent. Basically it’s something that students, no matter what discipline they are working in, must know.”

In addition to attending seminars and working on business projects at the academy, Jarrell and Nicholls also had the opportunity to experience Italian culture in the cities of Turin, Rome, Milan, and Venice.

Nicholls pointed out that one cultural experience was available right in the building where the academy took place, which was the original Fiat factory.

“It has a rooftop racetrack,” Nicholls said. “If anyone has seen the original ‘Italian Job’ movie, that’s where they filmed the race around the rooftop and down the spiral driveway, which I walked on myself. That was very exciting.”

Nicholls said the highlight of the trip for him was visiting Rome.

“For me to be able to walk around the Coliseum and right next door to the Coliseum, the Roman Forum, was just astounding,” Nicholls said. “The scale of the architecture and just the sheer expanse of it all, how ancient it was, and to be reading Roman writing that was chiseled thousands of years ago was just mind blowing and deeply moving for me. I come from a country where there isn’t such ancient architecture, so to be surrounded by it, to be able to walk up and touch and just be dwarfed by the scale of that architecture was very deeply moving.”

In addition to visiting the cities on the itinerary, Jarrell struck out on his own to Florence to see the Uffizi Museum.

“I’d always wanted to see it because my favorite painting is there, called the ‘Birth of Venus’ by Botticelli,” Jarrell said.

But the highlight of spending three weeks in Italy for Jarrell was the trip to the Vatican.

“That was a truly spiritually moving experience for me as a Catholic,” Jarrell said. “To be able to see the Sistine Chapel and to go to St. Peter’s Square was amazing for me.”

Jarrell and Nicholls are the first students from Shepherd to attend the European Innovation Academy. Mirdamadi hopes more students can attend in the future. 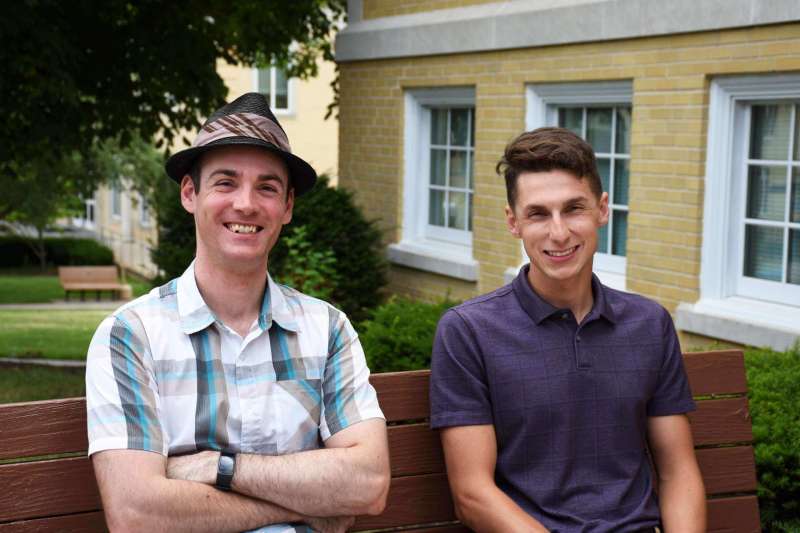