SHEPHERDSTOWN, WV — The old milking parlor at Shepherd University’s Tabler Farm is getting a major makeover that will allow the building to be used for new purposes. The cinder block building is now insulated and clad in a layer of vertical fiber concrete panels, and students from James Rumsey Technical Institute’s 11-month electrical technician program have been busy completely rewiring it.

“That has been one of the most amazing partnerships and has been exceptionally useful for both Shepherd’s ag program and for the Rumsey students,” said Dr. Peter Vila, director of the Veterans to Agriculture program at Tabler Farm.

John Godish, adult electrical instructor at James Rumsey, agrees that his students are benefitting a great deal from all the work they’re doing at Tabler Farm.

“We get a lot of the technical knowledge being in the classroom, however it’s difficult for us to have actual hands-on experience, so we take on outside projects,” Godish said. “It’s an opportunity for us to come out and look at real-world situations and real-world problems. It always looks a little bit different on a job site than it does in a classroom.”

Godish said the milking parlor is providing a bit of a challenge for the students because they discovered an additional interior wall with about four inches of insulation between the outside and inside walls.

“We have to get a little creative as far as getting the wiring from the inside to the outside,” Godish said. “We’re working on that, and we have some other issues we’ve run into.”

Godish said Tabler Farm is providing bigger projects for the students to work on, which help them gain some good experience.

“We have about 19 students in the class, so if we don’t have a big enough project we can kind of overwhelm it and everyone doesn’t get an opportunity to have some hands-on,” Godish said. “With a bigger project, everyone’s able to get involved.”

“It’s very common work,” said student Rob Bladen of Falling Waters. “It’s what you’re going to do out in the field—everything from installing sub panels, to putting in full service, to running receptacles and lights.”

“Stabilizing the crumbling milking parlor adds basic infrastructure to our Veterans to Agriculture program,” Vila said. “We now have a suitable building for expansion to new agricultural venues such as aquaponics that demonstrates small-scale agricultural practices.”

The 17-by-100-foot building will house fish tanks for an aquaponics system that will be used to grow vegetables and will provide space to grow mushrooms. The building will also provide storage for equipment that’s used to support the recently installed apiary.

Wiring the milking parlor is one of several projects the James Rumsey students have taken on at Tabler Farm. They also installed electricity in the high tunnel greenhouse and in another small outbuilding that houses the farm’s water infrastructure, solar panel switches, and internet. 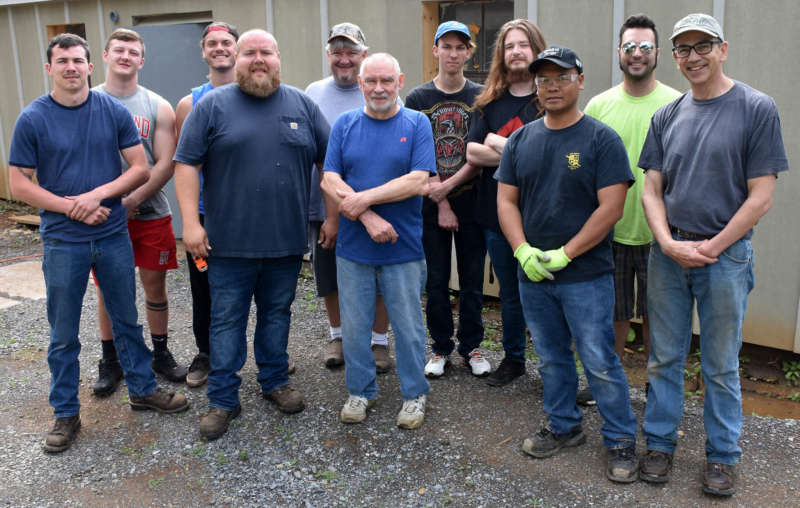 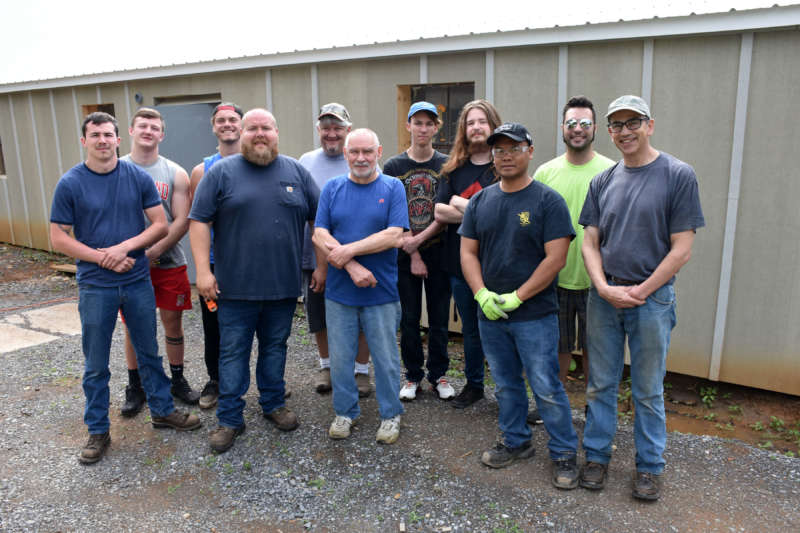 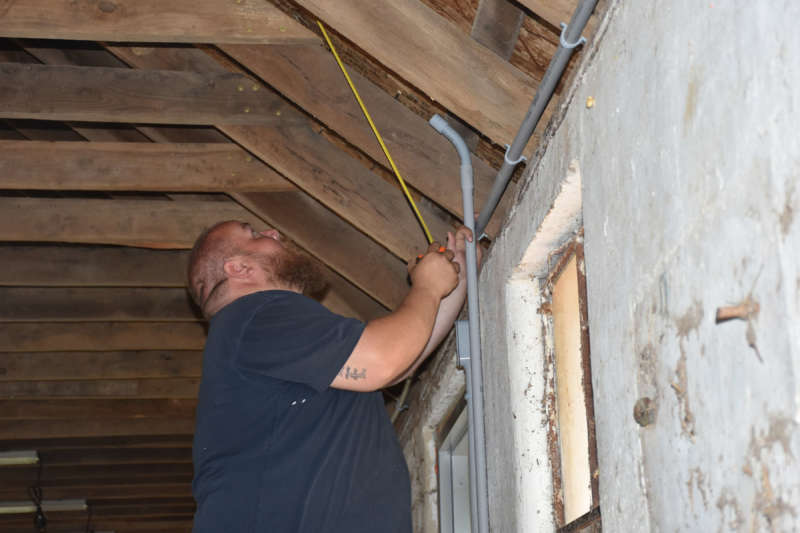